PlayStation VR2: 11 new games announced for launch, some will run in 4K at 90fps 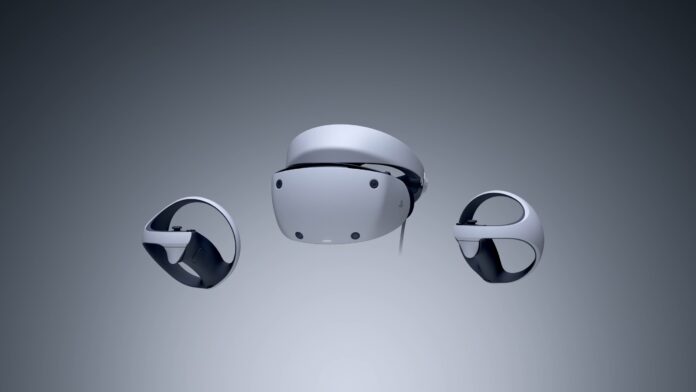 Sony unveiled the price and release date of PlayStation VR2 today and in doing so it has displaced more than someone, being superior even to that of the console itself. Along with the viewer, however, new games have also been revealed that will be added to titles such as Horizon Call of the Mountain, which will also be sold as a bundle with PSVR2.

The Dark Pictures: Switchback VR is a Rollercoaster title developed by Supermassive Games. Set in the world of The Dark Pictures Anthology (of which, we remind you, The Devil in Me is out), this shooter on rails will engage us in a race for survival aboard a ghost ship. The game will take advantage of haptic feedback for different effects, and will take advantage of 3D audio so as to allow us to immediately identify the enemies.

Crossfire Sierra Squad is a FPS where we will have to face against an “apparently infinite” enemy force. The AI, the developer Smilegate promises, will be of a high level and will be able to put us in difficulty. However, the game will be easy to master and will feature over 60 missions, 39 types of weapons and 17 different enemies to face. The game will also be playable in cooperative and we will be able to invite friends to give us a hand.

The Light Brigade is a roguelite developed by Funktronic Labs. Set in a world in ruins, the protagonist will be enlisted in the Light Brigade and will have to immerse himself in procedurally generated worlds characterized by different biomes. We will be able to find ourselves in a lush forest as well as in frozen mountains, and with only a shotgun and magic to give us a hand.

Cities VR – Enhanced Edition is a virtual reality adaptation of Cities Skyline. The game, developed by Fast Travel Games, will allow us to build the city of our dreams but from a totally different point of view. From the creators of titles like Job Simulator and Vacation Simulator will come instead Cosmonious Higha game that thanks to its not too heavy graphics sector, will guarantee a rendering in 4K at 90fps.

For Hello Neighbor lovers, here is what Sony has unveiled Hello Neighbor VR2. It is a virtual reality adaptation of the asymmetrical multiplayer that hit the PC years ago. The game is developed by tinyBuild Games in collaboration with Steel Wool Studios and will also be released on PlayStation VR for PS4.

Jurassic World Aftermath Collection is a game set between the first two films. Players will find themselves trapped in a research center on Isla Nublar and the goal will be to recover valuable information and escape the dinosaurs that inhabit the facility. The developers aim to run the game in 4K at 90fps.

For music lovers we find instead Pistol Whip VR, an action game to the rhythm of music that combines shooting and dynamic tunes. The game is already available for PlayStation VR but will see the arrival of a free update so that you can use it on PlayStation VR2. Finally we find Zenith: The Last City, After The Fal e Tentacular.

EA will release an "important" game before April 2023: for fans it is Star Wars Jedi: Survivor

Call of Duty “is the best-selling saga on PlayStation”: we read on the Canadian Xbox packaging

VIDEO. Jovićević assessed the prospects of Shakhtar before the match against Celtic