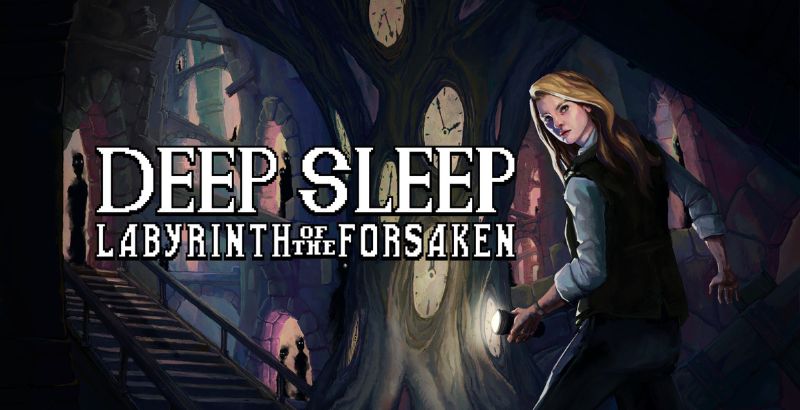 Today, publisher Armor Games Studios and script developer, veteran creator of the Deep Sleep trilogy and Don’t Escape series, announced the horror adventure Deep Sleep: Labyrinth of the Forsaken. It is expected to launch in 2023 on PC (further platforms to be announced).

Deep Sleep: Labyrinth of the Forsaken brings back the signature suspense, atmosphere and horror through classic action-adventure gameplay and stunning pixel art visuals. Explore fantastical and nightmarish dream realms, overcome obstacles and puzzles, use your wits and will to change your surroundings, and fight your fears in turn-based encounters.

Players follow Amy, a small-town veterinarian whose world is shrouded in darkness following the unexplained sudden death of her estranged brother Thomas and the revelation of a lucid dreaming obsession he has kept a secret from the world. As Amy dives into his years of research, her own dreams are distorted and distorted, and she begins to wonder if Thomas was in anything extraordinary, and maybe, just maybe, he’s not actually dead.

Solve puzzles and defeat enemies using the ability to shape Amy’s dreams around her. Explore nightmarish and otherworldly environments with randomized design elements. Upgrade and unlock new skills for Amy to help her survive and make her stronger. Encounter bizarre and dangerous creatures that can be friends, foes… or both. Lots of endings and secrets to find if you survive chasing the creatures that hunt you. Brand new soundtrack from composer Christopher Carlone.

Disappointed with Black Friday? Have you seen the refurbished ones?

Call of Duty: #GhostUnmasked - The secret has been revealed

Martian Marvin will look into MultiVersus