“Space Rangers” is a cult series from domestic developers. The main reason for its popularity was the unusual gameplay, made at the intersection of genres – this is a turn-based strategy, and RPG, and a text quest, and a space simulator, and an arcade shooter, and who knows what else. What is remarkable is that with such a set of game mechanics, they harmoniously interact with each other, providing an unforgettable experience from many hours of space adventure.

It all started with the game “General”, which was developed by game designer Dmitry Gusarov and posted on the Internet. So he managed to find like-minded people on the forums, with whom the New Game Software studio was created, later renamed Elemental Games.

Inspired by Star Wars, Babylon 5 and Kin-dza-dza, the developers started creating a new game. Everything was done on their own and with the help of colleagues in the workshop: the game developers made their own engine and created graphics, employees of other domestic studios helped them record music and sound (such as K-D LAB, the creators of Wagner), and the script was invented by science fiction writer Yuri Nesterenko.

During the development of the project, Elemental Games managed to attract the attention of the 1C publishing house, which allocated funding for it. The process of creating the game took three years, and in 2002 it got to the release. 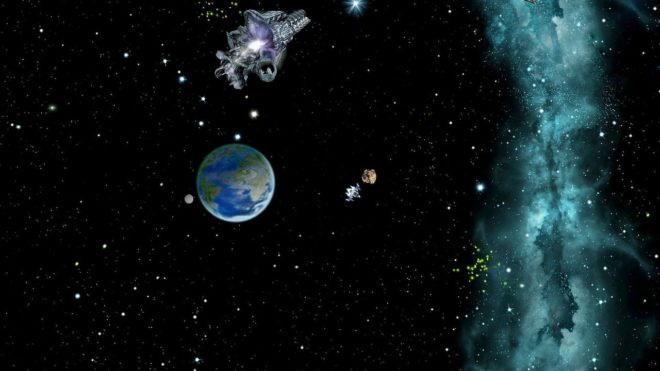 Space Rangers (or Space Rangers) is a multi-genre game that combines many game mechanics. At its core, this is a turn-based strategy / RPG, however, elements of a text quest, economic strategy, arcade shooter and other genres are mixed in with these basic systems, and complete freedom of action is also implemented.

The game takes place in the XXXI century, in a galaxy inhabited by five intelligent civilizations that formed the Galactic Commonwealth. When a new aggressive race invades the world, an organization of Space Rangers is formed to fight it, who must find out the reasons for the hostile behavior of the aliens and resist them in order to protect the galaxy. 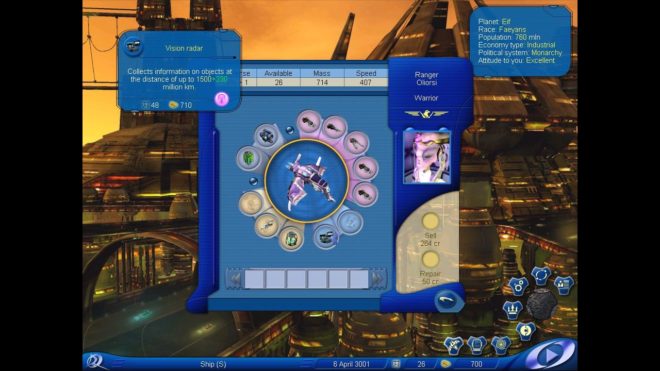 The player joins the ranks of the rangers, after which outer space opens up in front of him, where he is free to do whatever he wants: at least go to fight the enemy that threatens the entire galaxy, at least focus on side activities, such as hunting for pirates, trading, completing quests from planetary governments, the search for rare artifacts, and so on. Random world generation makes each adventure unique, and the role-playing system allows you to upgrade your character in many ways.

The release of “Space Rangers” was a pleasant surprise for the players, and the domestic press noted that the game simply does not have analogues. The project was a huge success in the post-Soviet space, but the Western audience practically did not pay attention to it. However, the second fact did not interfere with the launch of the continuation. 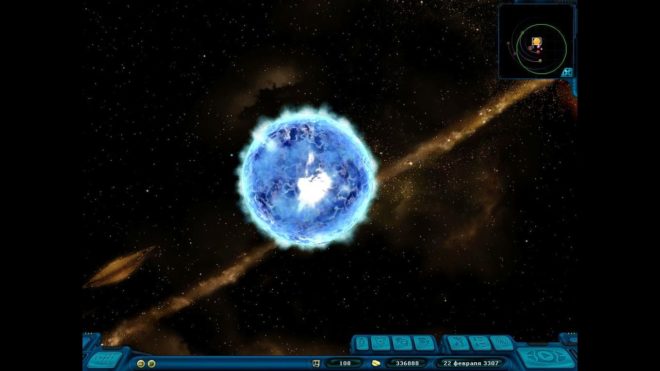 The sequel followed two years later: the same Elemental Games was involved in the development, and 1C was the publisher of the game. The main backbone of the team was ten people, and about two dozen assistants were brought in from outside: they worked on art, design, soundtrack and script.

The events of the second part are transferred two and a half centuries after the original game. A new threat appears in the galaxy – the cybernetic race of Dominators, divided into three factions, each of which pursues its own goals; however, none of them promises the world anything good. 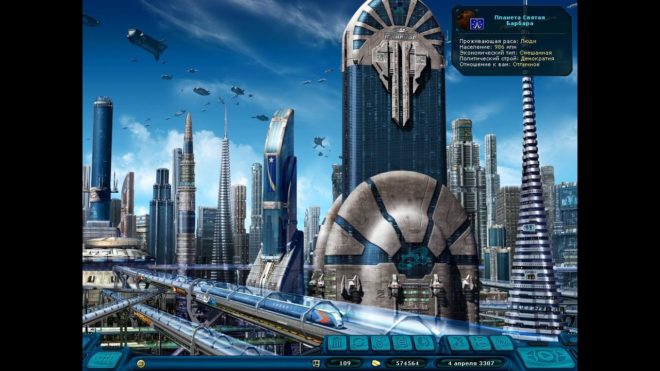 Therefore, the space rangers return to their role again, one of which becomes the player. “Space Rangers 2: Dominators” (or Space Rangers 2: Rise of the Dominators) is a typical sequel that improves and develops the ideas of the original. The universe has become wider and deeper, the list of game mechanics has been replenished with new genre elements, the visual component has received an upgrade.

In the second part, players got the opportunity to participate in planetary battles, both globally, controlling units both in RTS and locally, personally controlling an individual robot in the style of a third-person action game.

In space, however, freedom of action remained the same, at the same time, the world has become even more alive and independent: AI units and factions act at their discretion, and the player can intersect with them or ignore them. As for the plot, in Dominators, the authors focused on non-linearity and the ability to come to different endings depending on the decisions made. Including the game provides for the finale, in which the gamer’s character himself becomes the Dominator.

The sequel received more attention from both domestic and foreign press. The game received high marks, but after the second part the series stalled: the developer studio split into two teams – Elemental Games and Katauri Interactive. The first continued to release patches for the Space Rangers, while the second plunged headlong into work on the revival of the King’s Bounty series. 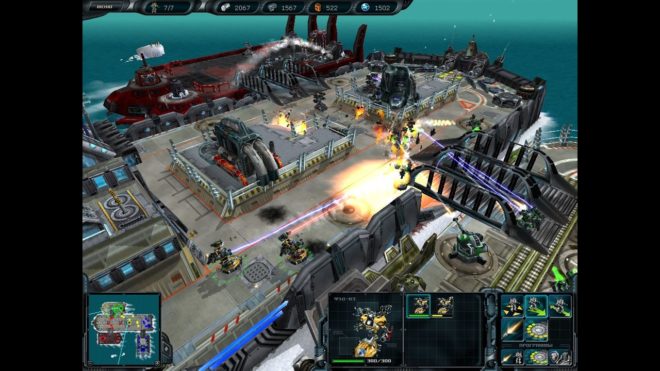 Not only the developers of the original game worked on the re-release, but also fans – regulars of the official forum, who helped create maps and quests and participated in testing the game. 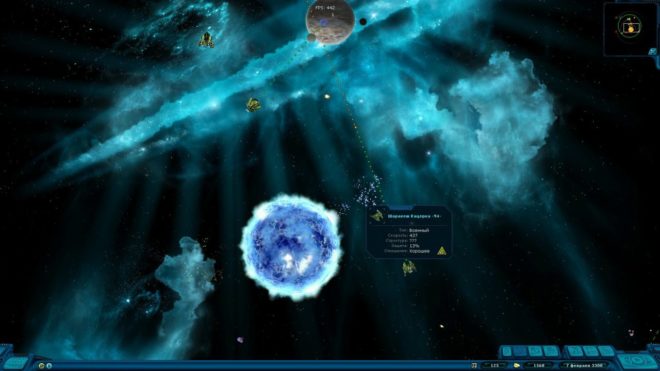 Another edition of the game was released in 2013 by the SNK-Games studio. The developers have adapted Space Rangers to modern operating systems and high screen resolutions, added support for widescreen displays, improved the main menu, background backgrounds and loading screens.

In addition, a lot of work was done on the content of the project. In particular, a new story campaign has been added, dedicated to the fight against pirates, who, taking advantage of the Dominators’ invasion, began their expansion in the galaxy. The authors also improved the gameplay, including redesigned planetary battles. 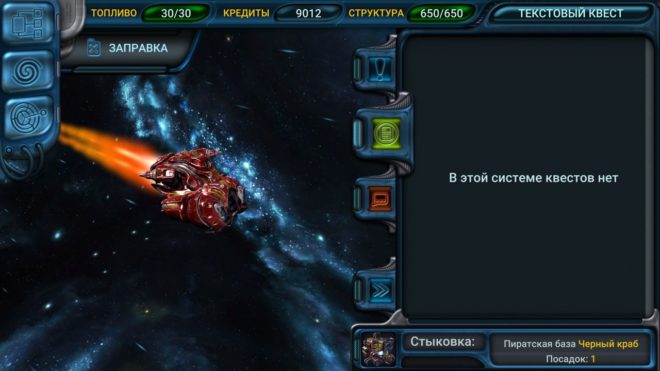 The latest game in the series was Space Rangers Quest by SNK-Games, released in 2016. Unlike previous releases of the line, which combined elements of different genres, in this part it was decided to focus on only one thing – a text quest.

In terms of plot, there were also no surprises: the authors took the Dominators scenario as a basis and supplemented it with a new story – not the most exciting. And the quests cannot be called brilliant: they turned out to be of worse quality in comparison with the tasks from the original.

Therefore, Space Rangers Quest was criticized by both the press and the players. The project does not hold up to the early games of the franchise, and is of interest only for the ability to play on the road due to its availability on mobile platforms.

Having earned cult status, the Space Rangers series never managed to grow into a major franchise for many reasons. Definitely, we would like to see a sequel, but there is no certainty that even if it comes out, for which there are no prerequisites yet, it will stand on a par with the first parts of the line.

Atlético set a historic anti-achievement in the Champions League

Highlight the front camera mode HUAWEI nova 10 Series to tie the mind of the content line.

Nintendo Switch: this PlayStation classic is about to land in an optimized version, the proof in video!