Since its inception, the TCA (Thrustmaster Civil Aviation) Airbus Edition series has become a reference in civil flight simulation on the PC. These ergonomic replicas of the Airbus sidestick and quadrant (type A320/A320neo, 1:1 scale) are officially licensed for Xbox Series X|S and are also compatible with PC. 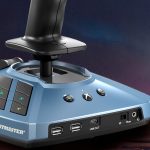 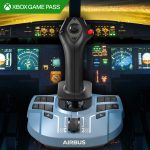 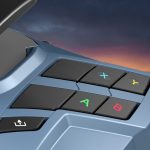 The TCA Sidestick X Airbus Edition is the ultimate version, which takes the strengths of the previous version and provides more comfort and reliability with a newly developed base and an improved thrust lever. New tactile switches offer a uniquely realistic flight experience!

Thanks to the new ecosystem hub integrated into the rear, the product offers simplified connectivity with software support for the TCA Quadrant Airbus Edition (with or without add-ons) and Thrustmaster rudder pedals, so just a single USB cable to be connected to the PC or console. This will make the entire TCA Airbus Edition ecosystem compatible with the Xbox Series X|S.

The TCA Sidestick X Airbus Edition has been redesigned to provide better stability. New ports have been integrated, including 2 USB-A ports for the ecosystem, 1 USB-C port for power and a jack for the headset. Switching from Xbox to PC compatibility is done with a flick of the wrist.

The comprehensive TCA Quadrant Airbus Edition conveys an extremely realistic gaming experience. The four axes and the numerous ergonomic, physical action buttons, which were specially developed for the spectacular control of approach and landing sequences, contribute to this.

The replicas of the controls of an Airbus aircraft (type A320neo) convey an authentic flight feeling when pressing the buttons, detents and other controls of the throttle – just like a real flight captain. 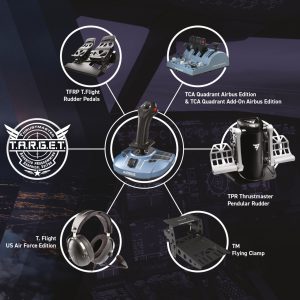 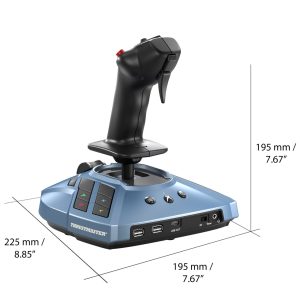 You can see the Flight Stick in action on the official Microsoft Flight Simulator Twitch channel starting at 8:00 p.m. today. The new TCA Airbus Edition range for Xbox Series X|S and PC will also be showcased at the Xbox booth at Paris Games Week, taking place from November 2nd to 6th in Paris.

EA will release an "important" game before April 2023: for fans it is Star Wars Jedi: Survivor

Q&A POP: tomorrow November 3rd at 3:00 pm all your questions about movies, series and comics!

Electric car: this charger compatible with Tesla, Renault and BMW vehicles is on sale at Amazon