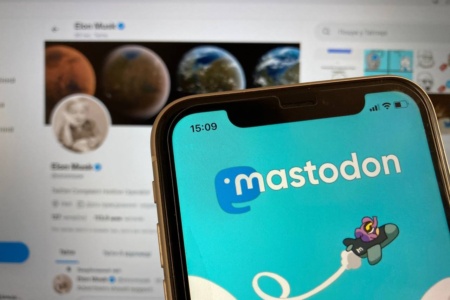 As part of the decentralized communications project dComms from the Canadian organization eQualitie, 8 local Mastodon servers were deployed in Ukraine – from Kyiv to Odessa.

Mastodon is a social network similar to the Twitter microblogging service, but run as a decentralized federation of independent servers with corresponding free software installed on them.

Users register on separate servers called “instances” and can seamlessly connect and communicate with other servers.

Mastodon allows you to publish texts with a limit of 500 words per publication; it is possible to add an image, video or audio file. Hashtags are encouraged to help people find your products, and there are apps for both iOS and Android devices. (There is also a beginner’s guide to Mastodon and a site with tons of tips).

Mastodon servers were created in Ukraine at the end of August and are now operating in Kyiv, Kharkov, Kherson, Lvov, Poltava, Nikolaev and Rivne. Most users are concentrated in the capital instance – 129 with 1500 publications.

Below are the addresses of Mastodon servers:

Earlier we published a selection of 8 social networks that can become an alternative to Twitter (especially for those who are worried about the future of the site after Elon Musk acquired the company) – the list, in particular, includes Mastodon.

Xbox Game Pass: Another game appears among those in the removal, although it was not announced