eFootball, community and constant development in the future of Konami football

Among the structures that characterized the 2022 edition of Lucca Comics and Games, obviously the pavilion dedicated to the world of esports could not be missing, for years now a fixed appointment for the Tuscan event. Within the evocative setting of the San Romano Auditorium, there were numerous events that took place during the 5 days of the fair, and among these a prominent place was given to eFootball, the free-to-play evolution of the it was Pro Evolution Soccer which, after a very hesitant start, seems to have embarked on a path of growth capable of drastically changing gear for Konami’s home football team.

Between a match between a pro-player and another, there was also space for an intervention dedicated to the future of the game which, through the voice of David Monk, Head of Football Acquisition and Activation of the European division of the Japanese company, he looked very rosy to us in terms of growth and goals.

At the opening of the panel, Monk first of all wanted to thank the fans from all over the globe, primarily the Italian ones, for the support received on the occasion of the 0.9 release of the game, pointing out the difficulties encountered in this initial phase of the project but at the same time underlining the notable progress has been made following this debacle. A constant process of improvement, the result of the efforts and passion that have characterized the work of the development team, whose ultimate goal has always been to offer a title worthy of the community of fans that characterizes it. 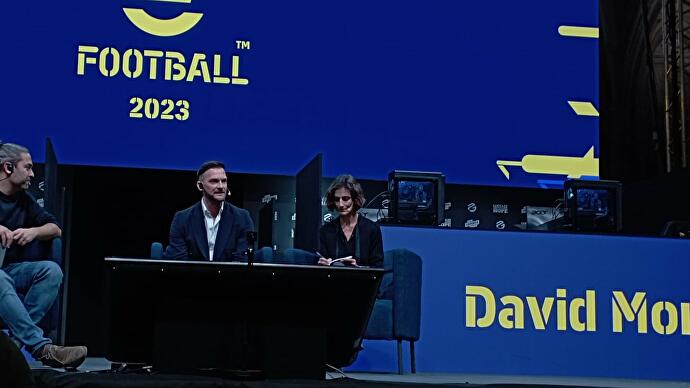 Konami Europe’s Head of Football Acquisition and Activation talked about the past and future of eFootball.

Entering into the merits of his role, Monk was keen to underline how Konami’s goal is to make our country the center of the game’s growth strategy, both at European and global level. And this has emerged from the numerous partnerships and exclusive licenses that have been stipulated with some of the most important clubs in our league which, by number of teams, is one of the most represented within eFootball.

The importance that our country holds in the world of the title is also deeply rooted at a competitive level, given that the last edition of the eEuro was won by the Italian team. Precisely for this reason, projects are planned to encourage the growth of the movement within our country, through a community development program, which will start from the base and then accompany the players to the threshold of professionalism.

It is impossible, however, not to take the opportunity to deepen the review process that accompanied the initial release of eFootball, which Monk himself did not hesitate to define as very complex to manage. In defense of what happened, however, he wanted to reiterate how Konami was the first to walk a path never beaten with regard to a production of this kind which, abandoning the canonical sequence of annual releases, was forced to reinvent itself from zero. 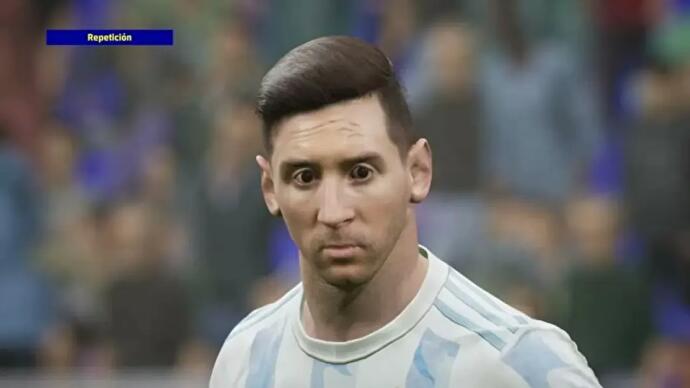 An image that is worth a thousand words of the eFootball 0.9 release, simply to forget …

In this sense, the initial slip can still be justified by the desire to propose a free-to-play title capable of addressing all types of players, without these being forced to collide with any type of barrier. The central focus, as reiterated several times during the panel, has always been aimed at the community, whose feedback has been fundamental in the creation of the features and balances added during the work. And whose role will be essential for the future of what is defined as a real platform dedicated to football.

Taking advantage of the metaphor of a growing child, because basically this is how the company sees eFootball, the project has passed the two-year phase, which is the most risky period, and has started attending kindergarten and interacting constructively with the others. There is therefore to be confident for what will be the progress of the title.

Taking advantage of the role he plays within Konami Europe, Monk explained how the process of creating partnerships with Italian clubs is much simpler than one might think, given that the two countries involved (Italy and Japan) are very interested. to each other’s culture. A collaboration that arises almost spontaneously, given that each of the two players in the game manages, for the reasons just described, to represent an added value for the other.

It is a marketing strategy that also arises from the presence of numerous Japanese players (past and present) within the Italian championship, to which is added the high popularity that many local athletes record in the archipelago of the Rising Sun. From these pre-existing foundations it was quick and easy for Konami to establish these partnerships. And in this sense Monk, almost surprisingly, lashed out at the exclusive presence of some teams within the two sector competitors, believing that it is limiting for the user to have to be forced to fall back on a product only in order to play with your favorite team. 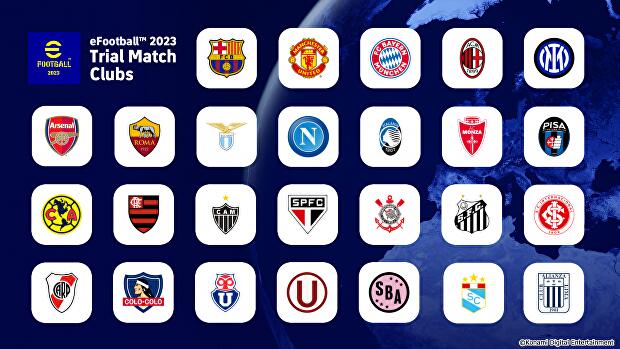 Ours is one of the most present leagues within the Konami title.

Obviously, a question about what will be the future of eFootball could not be missing, especially with regard to the competitive sector and the active involvement of the fans of the teams present in the game. In this regard, Monk was somewhat cryptic, and limited himself to hinting at a project that will be unveiled at the next Milan Games Week, as well as spreading a very short teaser that was limited to postponing to next November 25th.

However, the occasion served to underline the importance of community feedback regarding the growth process, recalling how the responses of a recent survey proposed to users were sent to the development team, which is currently working to implement new modes.

In short, there was a lot of self-criticism accompanied by the awareness of having taken a path that was certainly courageous and open to confrontation with one’s fanbase. Surely the future of eFootball promises to be full of surprises for all fans, some of which will now be revealed in a few days. And we are waiting patiently.

COD on Xbox Game Pass? A deal between Sony and Activision will prevent it ‘for years’

Xbox Game Studios: ZeniMax Online has been developing a new triple-A IP for over 4 years