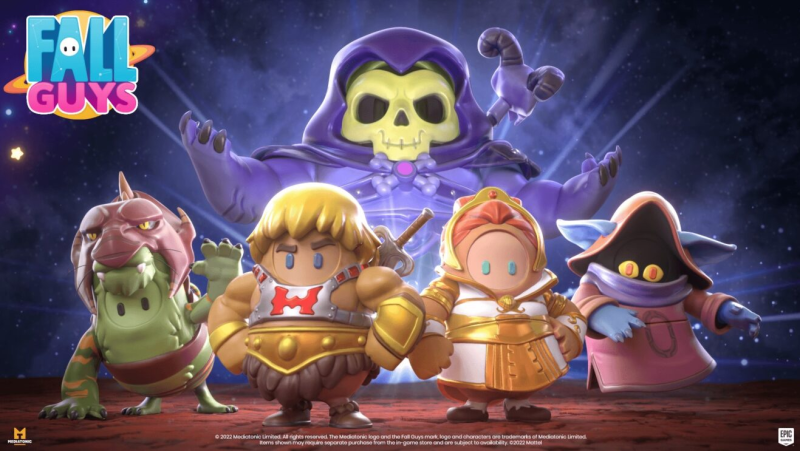 Mediatonic has unveiled the latest Fall Guys crossover that ties into the Masters of the Universe franchise.

The event will run from November 3rd to 7th and will feature a special show where players can collect He-Man’s Power Sword and Havok Skeletor’s magical Staff. Collect them to complete challenges, score points and earn the following items:

In addition to the above, players can purchase He-Man, Teela, Battlecat, Orko and Skeletor costumes, as well as Skeletor’s Cackle Emote and I Have the Power Celebration.

Can Ubisoft’s Rocket League get a second chance on Steam?