An article published on the pages of Kotaku reports the testimonials of some players of Genshin Impact who explained why they invested between $ 1,000 and $ 90,000 in the free Hoyoverse action RPG.

As you probably know Genshin Impact is a free-to-play game, however it also includes microtransactions in the form of up to meccanichewhich allow you to “try your luck” to obtain particularly rare and powerful characters and weapons.

We specify that all contents are accessible without spending anythingand that the endgame is within everyone’s reach, but clearly those who put their hands in the wallet can build their dream team more easily.

Players who invest large amounts in free-to-play games are defined in jargon “whale” (whales), while those who spend moderate amounts (for example for the Battle Pass) are called “dolphin” (dolphins). In some cases we are talking about wealthy people and who therefore do not mind investing high amounts in their favorite games, in other cases we are talking about people with average incomes or even with economic problems, exacerbated by in-game purchases. We are obviously talking about borderline cases, but the testimonies reported in Kotaku’s article are still very interesting to read.

“It’s like that Ariana Grande song (7 Rings, ed): I see it, I like it, I want it, I take it,” said a banker who spent over $ 10,000 on Genshin Impact. “I’m not known for spending what I like. Some people collect photocards. Some go to concerts and all kinds of things. I collect games.”

“(Getting every character from the Inazuma region) didn’t cause me any financial hardship, but I probably would have done it if I had continued,” said a player named Jay who spent over $ 16,000. “I’ve decided I’m going to be a lot more selective about the characters I want to get constellations for from now on, which has helped me keep my spending for this year much lower.”

“Video games are probably my biggest recreational investment of my life,” said the QQ player who spent over $ 1,000 in total on Genshin Impact. “The money destined for Genshin and other games would have been spent elsewhere, regardless of my hobbies at the time.”

“One of the reasons is to push the damage I can do with these characters to the maximum and test different teams and strategy,” said streamer RazerNinja, who spent $ 90,000 on Genshin Impact, who streams regularly on Twitch in addition to his regular work. . “The second motivation is the completeness factor. Having all the characters maxed out is simply rewarding. The third reason is streaming. There is always someone who wants to see a character at full power.” He added that he would have spent similar amounts anyway, even without taking into account his activity as a streamer. 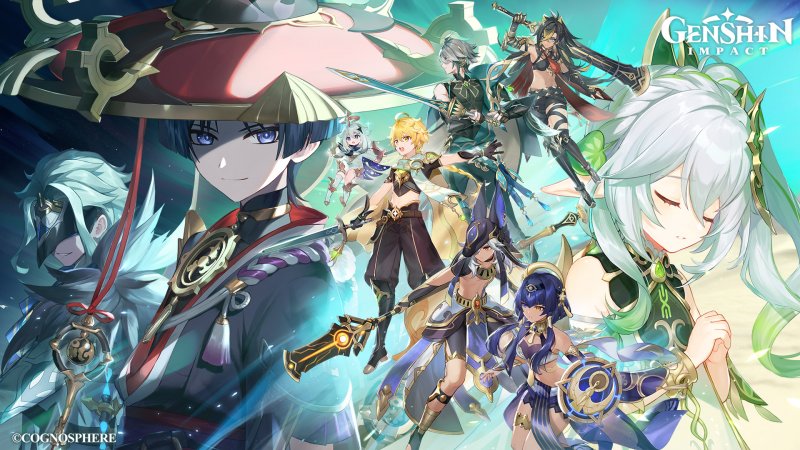 Among the players interviewed by Kotaku there is both who has repented to have spent a lot of money on Genshin Impact, who is not at all.

“I have mental health issues and unfortunately I have found that the money I spent on Genshin is even cheaper than full-time therapy around here. I used the game as a kind of emotional crutch that holds me together,” said one. government employee who has spent over $ 1,000. “I know it’s not healthy, but I love the game so much. I can’t wait to play it every day.”

“I could have used that money for something else,” said Patrice, a college student who had spent “maybe” $ 2,000 or $ 3,000 before quitting to focus on her studies. “I thought: Wow, I spent over $ 1,000 to get a C6 character (with the maximum of Constellations, which means” get “that character 7 times, ed) when I could have bought a completely new laptop, clothes or food.”

“I’ve let go of some impulse purchases or personal desires because all I keep thinking is’ buying this is equivalent to [x] pull, “the aforementioned government employee said.

Asked if they believe Genshin Impact’s gacha mechanics gambling or predatorythe opinions of the interviewees are conflicting.

A programmer named Lunikc who spent $ 25,000 says he has no problems with Genshin Impact’s monetization system because there is no need to spend money to complete the game’s content. “There is no PvP, so there is really no pressure to compete between players. There is only co-op, so I think it promotes a better community and environment.”

Jay, on the other hand, has an arguably more negative opinion: “It’s one thing to sell cosmetics in the game to get in for the continued development of a game, but the gacha system is incredibly predatory and the cost of this addiction is enormous, perhaps to the point of ruin your life. Honestly I would like the discussions to continue and further regulations on gacha or lootboxes to protect people who are likely to be exploited in this way. ”

Before rushing into the comments, we reiterate that the testimonials above are examples of borderline cases and therefore obviously do not represent the Genshin Impact community in its entirety.

Have you played in the past or are you playing Genshin Impact? What do you think of its microtransaction system?

Staying on the subject, recently Genshin Impact has been updated to version 3.2, while the long-awaited Italian translation will arrive next month.

And the miner's abuser. Named nominees for the title of player of the week in the Champions League

MESSI: “Let’s hope Argentina will fight for the World Cup”