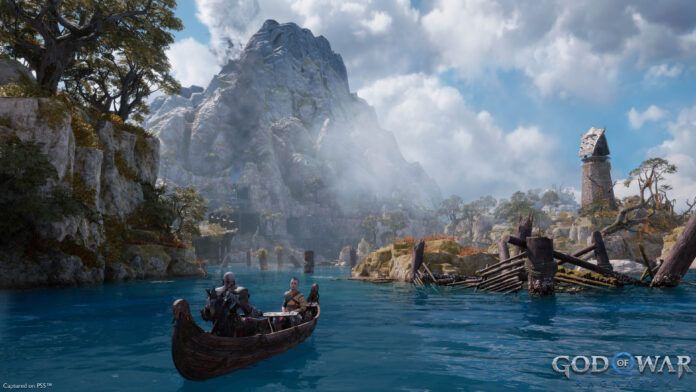 God of War Ragnarok reviews are finally out, including ours (edited by Alessio Filippelli). In addition to the opinions of the press, the first technical analyzes came out. To peep into the God of War Ragnarok issue was ElAnalistaDeBits, who came out first of all with an analysis that puts comparing the PS4 version of the game to the PS5 version. What is striking, more than the graphic impact, is the performance on all platforms.

The graphics sector, albeit sumptuous, does not present that massive gap that exists between the PlayStation 4 and PS5 version of Horizon Forbidden West. As also stated by Santa Monica Studio, the game was developed using PS4 as a reference platform, and for this reason we do not notice the same improvements seen in Horizon Forbidden West.

This does not mean that they are absent. The PS5 version boasts a better draw distance, more detailed textures and vegetation, passing through soft shadows on PlayStation 5 in Resolution mode, a better Ambient Occlusion and a higher resolution. Performance mode slightly reduces the quality of some reflections, shadows, particles, and render distance.

According to the video, the game runs in native 1080p at 30fps on the base PlayStation 4. On PlayStation 4 Pro in Performance Mode it runs with a resolution that fluctuates between 1656p and 1080p, while on PlayStation 5 we have four distinct modes, with none of these falling below Quad HD. In order, the methods are as follows.

As we said, to hit is the framerate. According to what emerged from this analysis, the game keeps the framerate stable on almost all platforms and modes. Even PlayStation 4 doesn’t seem to show hints, despite being the weakest console in the triptych. PlayStation 4 Pro even appears to feature a more stable framerate than its predecessor, consistently staying above 45fps.

The same goes for PlayStation 5. The game boasts a granite framerate in the Resolution mode (both in 60Hz and 120Hz) and in the Performance mode at 60Hz, never falling below the goals set by the team, that is 30, 40 and 60fps. In the 120Hz Resolution mode, however, the game remains above 80fps, losing some FPS in the most coincidental situations.

Do you still have to reserve a copy? Take advantage of the Amazon box below.

Star Wars: Lucasfilm is afraid to launch a new film?

Nintendo Switch, Black Friday arrives: offers for the USA have already been announced

This electric scooter is only €220, a great Single Day offer - Aroged