“Hello Neighbor” from 2017 gets a sequel – in the form of a VR game. All information and the first trailer can be found in this message. 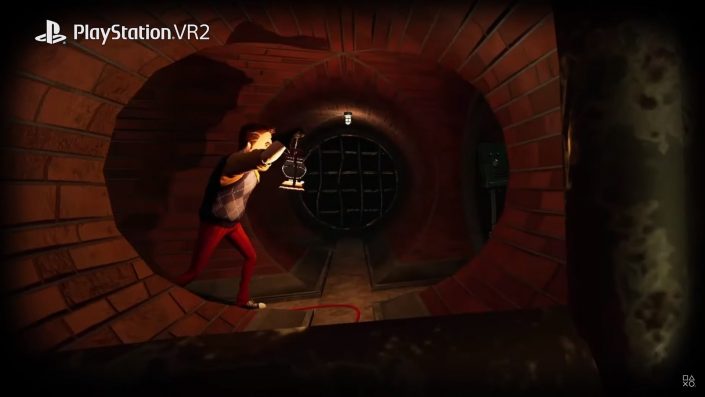 One of the PSVR2 games announced today is called Hello Neighbor VR – Search and Rescue. It’s a horror puzzle game that takes you to your creepy neighbor’s house. Your buddy is hiding somewhere in the basement and you have to rescue him.

It is also the sequel to Hello Neighbor, which was released in 2017 for PS4, Xbox One and Nintendo Switch. Thanks to VR technology, players will experience Mr. Peterson’s house in a new dimension.

tinyBuild Games is responsible for the development. They are supported by Steelwool Studios, who recently worked on Five Nights at Freddy’s: Security Breach.

One after the other you slip into the role of six small but brave heroes. Each of them has individual skills that you have to learn. With it you solve mysteries, uncover mysteries and escape from Mr. Peterson. The spooky neighbor isn’t the only enemy you have to watch out for, though.

Hello Neighbor VR: Search and Rescue will be released for both PSVR2 and PSVR. A release period, let alone a specific date, is not yet available, but the pre-order start is known: the game can be pre-ordered from November 15th.

Finally, you can watch the trailer:

Midfielder Fenerbahce: "We respect Dynamo, but we are not afraid"

Overdose: An image from Kojima’s game would be circulating on Discord, for a report

Aroged: Blizzard made it a little easier to get a new Overwatch 2 hero, but gamers are still unhappy with the company’s approach to the battle pass