Huawei Pocket S: a lower price to try to forget the compromises – Aroged

Huawei presented a new folding smartphone in China: the Pocket S. A Galaxy Z Flip-style format currently only intended for the Chinese market with high-end positioning and a neat design. 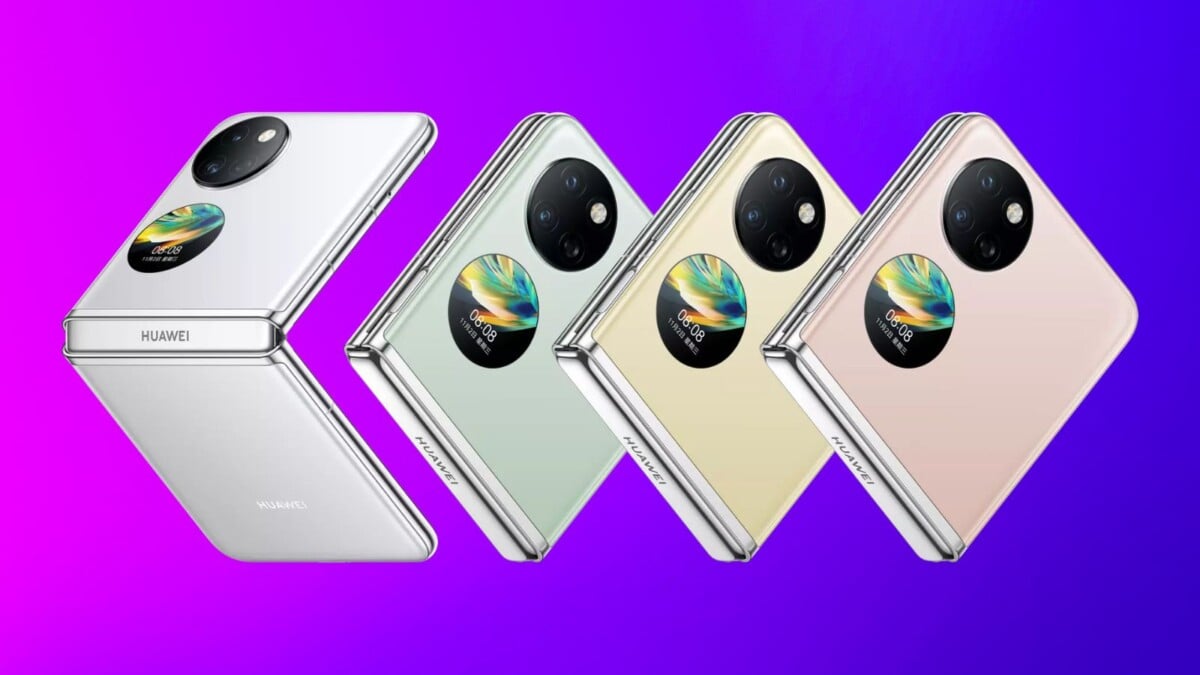 If Huawei understood that it could no longer sell as many smartphones as before, it did not give up. The brand presented its Pocket S in China: a foldable smartphone intended for this market only with a clamshell design called Galaxy Z Flip 4. At the same time, the Huawei Mate 50 Pro arrives on the European market with a high price and still no google services.

An OLED screen that folds in half and a neat design

The Huawei Pocket S is a Huawei smartphone almost identical to the brand’s latest folding device in this format, the P50 Pocket. Four colors are available for this model: gray, green, black, gold, blue and pink. The hinge in the middle of the screen can be folded 400,000 times, according to the manufacturer. 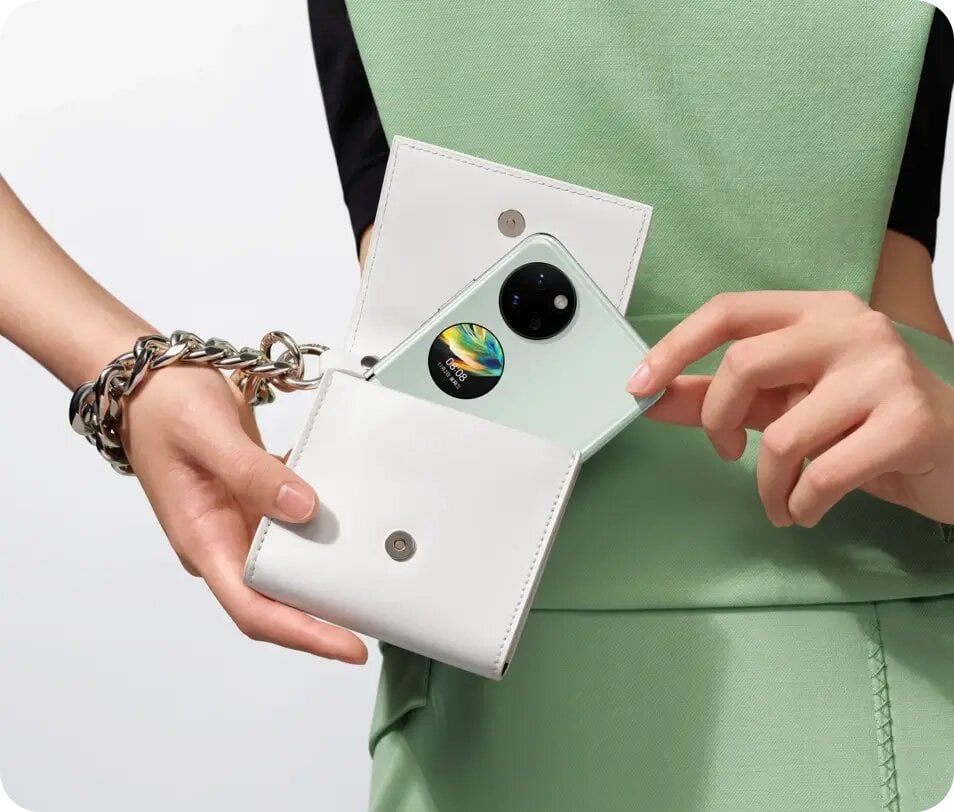 Speaking of the screen, it’s a 6.9-inch Full HD+ Oled panel with a refresh rate of 120 Hz. Like other models that share the same format, the Pocket S has a small external screen which has, here, a diagonal of 1.04 inches with a definition of 340 by 340 pixels. It allows you to check the time and notifications and is also used to listen to music, answer the phone or pay by card.

The Huawei Pocket S does not have 5G

On the hardware side, the SoC used by Huawei is starting to date since it is Qualcomm’s Snapdragon 778G, which is usually found in the mid-range. Only a 4G version is on sale, the manufacturer not having the possibility of offering a 5G version – again because of the American embargo. On the other hand, there is Wi-Fi 6. A chip supported by an Adreno 642L GPU, by 8 GB of RAM and several storage capacities: 128, 256 or 512 GB. 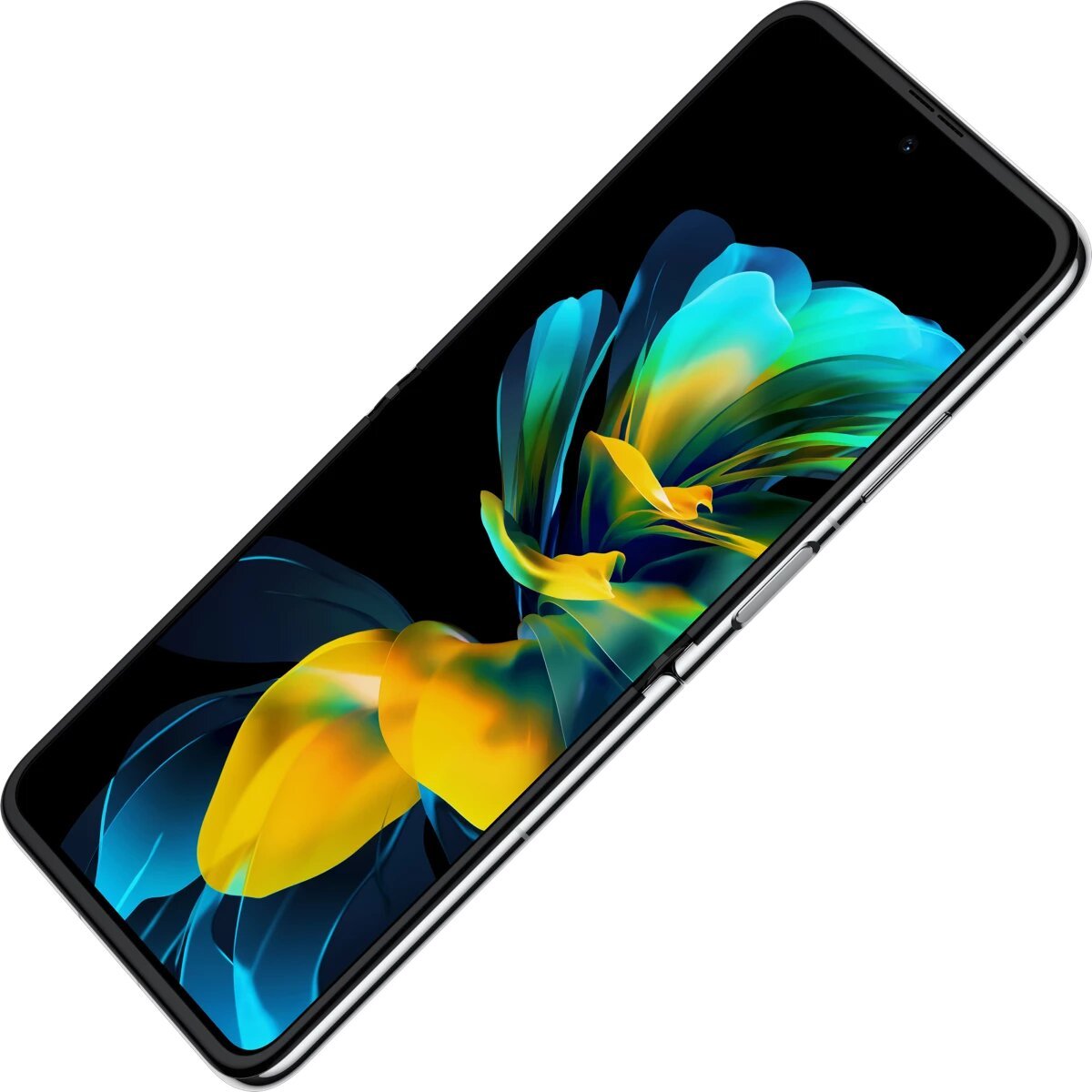 Everything is powered by a 4000 mAh battery that can be recharged at a maximum power of 40 W. The manufacturer promises that you can recover up to 52% battery in 20 minutes. We do not find Android as an operating system, but HarmonyOS 3, which Huawei uses on all its smartphones in China (but not in Europe). 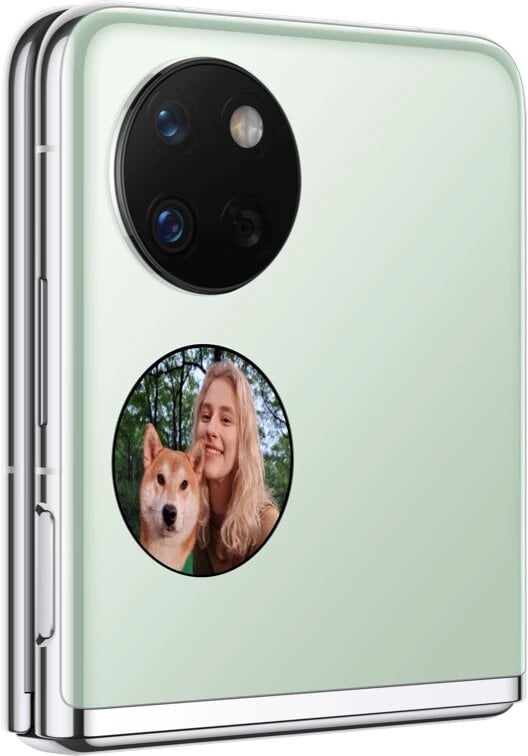 On the photo part, Huawei has equipped its Pocket S with a main sensor of 40 Mpx of an ultra-wide-angle of 13 Mpx with a field of vision of 180 degrees as well as the same “Ultra Spectrum” sensor of 32 Mpx found on the P50 Pocket, dedicated to bright photos. The sensor on the front panel is the same, with a definition of 10.7 Mpx.

The Huawei Pocket S has so far been presented exclusively in China and is currently only intended for this market. It is available for pre-order and will be on sale from November 13 at these prices:

For comparison, the Huawei P50 Pocket whose Chinese price started at just under 9000 yuan and 1299 euros in France. This new Pocket S model has the merit of being significantly cheaper.

SMARTSWIFT opens up a new experience in cross-border money transfers.

Call of Duty Modern Warfare 2: the menu deemed catastrophic, the developers on the spot?

Technology: Don't fall into the trap of walking behind the new!

How does God of War Ragnarok play on PS4? The graphics are crazy!

Denuvo is back in Gotham Knights, but the “hacked” version has already been leaked to torrents