This week, the developers at Firaxis released another spotlight trailer for the upcoming Marvel’s Midnight Suns. This time it’s all about the iconic Ghost Rider. 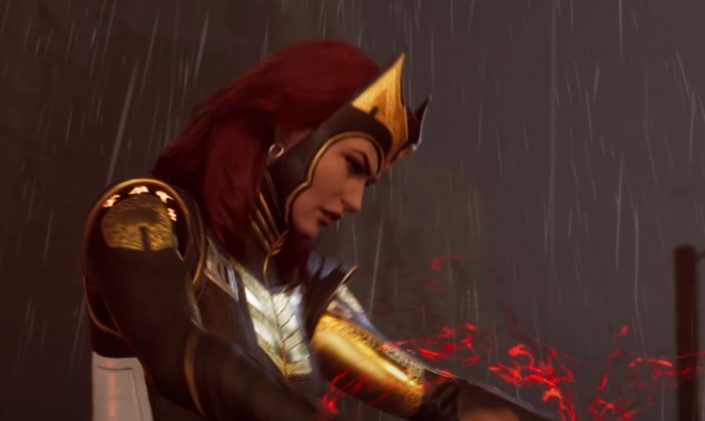 After the various shifts in the past, the strategy title “Marvel’s Midnight Suns” will be released for PC and consoles in a few weeks.

Shortly before the release, the developers responsible for Firaxis provided another Spotlight trailer. This time, the recruitable Ghost Rider is introduced to you in more detail. The new trailer briefly explains the idiosyncrasies and visual appearance of the iconic comic book character.

The fight against the mother of demons

In “Marvel’s Midnight Suns” you slip into the role of the hero Hunter, who is available in both male and female versions. Hunter is the son or daughter of Lilith, the mother of all demons, who invaded the human world with her army. As a Hunter, you recruit various well-known heroes from the Marvel Universe and take up the fight against the armies of Lilith.

“Now that the demon Lilith and her fearsome horde have joined forces with the dark armies of Hydra, it’s time to unleash the dark side of Marvel,” reads the official description. “Will Doctor Strange, Iron Man and Blade be able to forget their differences in the face of this apocalyptic threat?”

Marvel’s Midnight Suns will be released on December 2nd, 2022 for PC, PlayStation 4, PlayStation 5, Xbox One and Xbox Series X/S.

Windows 11: Will there soon be cheap PCs with advertising and a Windows subscription?

Avatar: The Way of Water, the new spectacular trailer takes us back to Pandora

Wladimir Klitschko: “People in Moscow want to use winter as a tool”