Radeon RX 7000: Last rumors and leaks before the launch

Shortly before the live stream for the Radeon RX 7000, we summarize the latest rumors and leaks. An image of the chip comes from Angstronomics, which is probably sitting on the Radeon RX 7900 (XT/X) – Navi 31. The six MCDs that frame the GCD are clearly visible. Therefore, it is assumed that it is the flagship, because rumor has it that up to six chips of 16 MiB make up the Infinity Cache. The first measurements are also based on the picture: It should be about 533 mm² cumulative die area and about 2,612 mm² pack area. In maximum expansion. So it went through the rumor mill in the last few weeks, there are 12,288 shader ALUs, 96 MiB cache and 24 GiB GDDR6 on a 384-bit wide interface. That would be the Radeon RX 7900XTX. 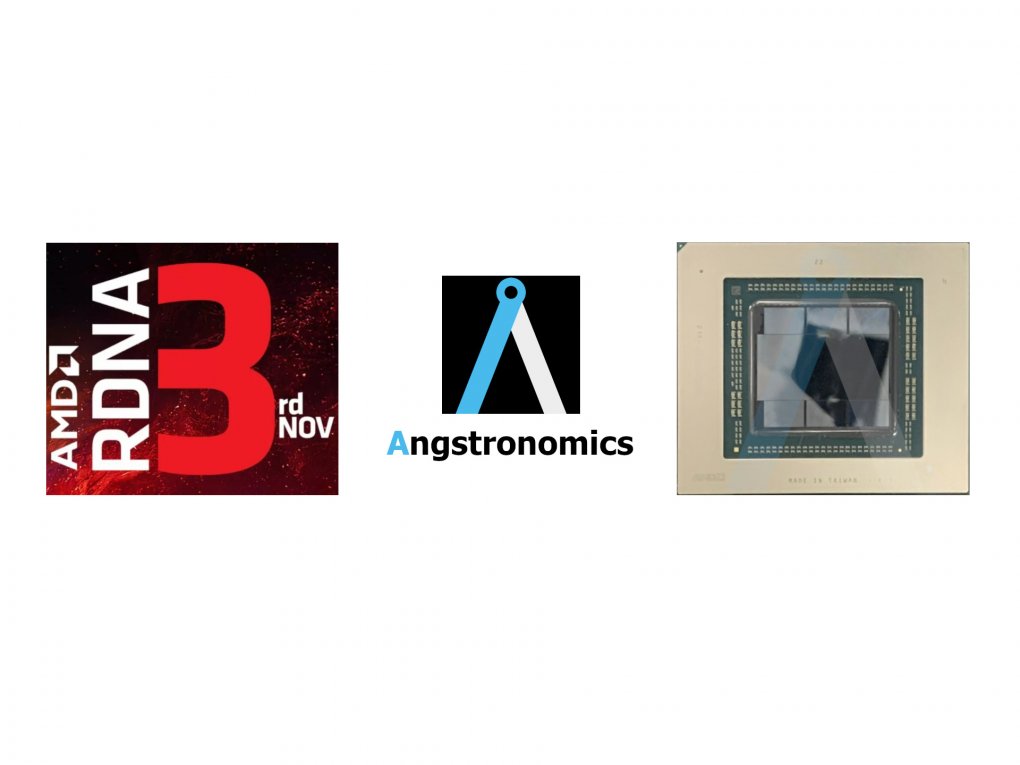 The YouTube channel Moore’s Law Is Dead has also dealt with RDNA 3 again. Accordingly, the rumors about Navi 31 should be quite accurate. He also advises caution when it comes to card performance. Especially for the XTX, it was said again and again that it could annoy the RTX 4090. The Youtuber sees it differently, citing industry-related sources. In terms of pure grid performance, it shouldn’t reach the RTX 4090. Allegedly, however, there should be models from the 50s that should potentially be able to do this. Since the maximum expansion for Navi 31 will already be in the XTX, this should work over the clock, from which there should probably be a lot of room for improvement. Of course, AMD can also shave off a few percentage points in memory if you switch to GDDR6X. There were also rumors about a stacked Infinity Cache, which could then have up to 192 MiB.

Such performance statements are always difficult to assess. Especially regarding the smaller maps Navi 32 and 33, where there is hardly any information that you can work your way along. According to Moore’s Law Is Dead, Navi 31 will not be twice as fast as Navi 21 without breaking the 350 watts with OC. In addition, Navi 33 should not beat the fastest Navi 21 card in 1080p. Speaking of power consumption: The Radeon RX 7900 XTX is said to have ~ 350 watts in the reference design; the XT meanwhile ~ 300 watts.

The statement by Lisa Su, CEO at AMD, that RDNA 3 will see “new features” for “high-resolution & high-frame rate gaming” in the coming generation is more of an official nature. During the quarterly earnings release, she said:

“Gaming graphics revenue declined for the quarter due to weak consumer demand and our focus on destocking GPU inventories. Later this week, we will introduce our next-generation RDNA 3 graphics processors, which feature our most advanced gaming graphics architecture Combining 5-nanometer chiplet designs.

Our high-end RDNA 3 GPUs will offer a significant increase in performance and performance-per-watt compared to our current products, and will include new features to support high-resolution, high-frame-rate games. We look forward to sharing more details later this week.”

Some will hope that AI-powered FSR will come after all, but so far the rumor mill hasn’t given any indication of that. Whether it is absolutely necessary is another question. For many, FSR 3.0 should hardly achieve worse results than DLSS and the still very new XeSS. In detail, Nvidia is usually slightly ahead.

Twitter: layoffs and increase in services. Elon Musk arrived and changed everything

Efficient and inexpensive, this Xiaomi smartphone costs no more than €150 during Single Day - Aroged

A PHOTO. Yastremska supported Shakhtar in the match against RB Leipzig