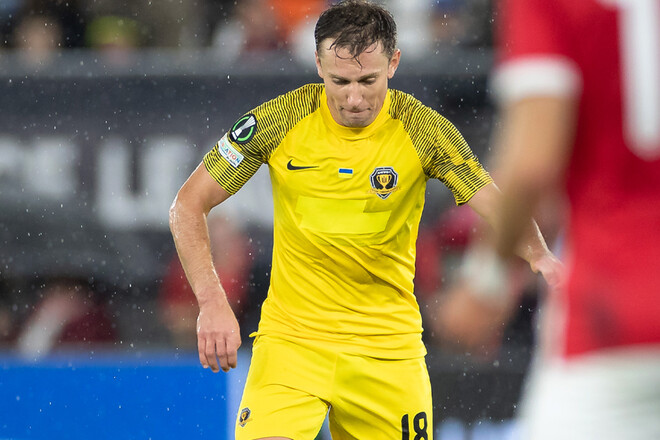 Midfielder of SC “Dnepr-1” Ruslan Babenko summed up the final match of the 6th round of the group round of the Conference League against the Dutch AZ Alkmaar:

– Ruslan, the team ended their performance in the group round of the Conference League with a defeat. How unfortunate is this, or is it still more dominated by emotions from the fact that the team took second place and advanced to the spring stage of the tournament?

– Of course, it’s good that we have already advanced from the group, but we came to Alkmaar to win and the whole match was trying to turn the tide of the game. Yes, the first 20 minutes of the meeting were for AZ, but then we started creating chances, took control of the game and equalized the score. But something more was missing. However, the head coach said after the game that we looked good and thanked us for the game.

– In this group, only one team managed to beat Dnipro-1. What was her strength?

– Very good individual skills of the opponents, good one-on-one. They looked a little faster than us, both in the first game and today. The main thing is that they make decisions faster on the field, it’s just that.

– Have you already looked at who the team can get caught in the next round?

– No, I didn’t look. We tried to win this match and immediately go to the 1/8 finals. I think that we had chances to win today, but something was missing.

– Play again in two days. Already used to such a rhythm, especially considering that virtually everyone plays for 90 minutes?

– For a football player, it doesn’t always happen when you play three games a week, but when you adapt to this, you are already looking forward to the next match. You enter into this courage and do not experience any problems that you have a match every three days. Now we will concentrate on the championship and try to win every match.

You were at risk of disqualification today. Was it under your mind?

– Not. Even before the game, I thought about it a little, but during the match I didn’t remember it at all.

– Despite the away match, Ukrainian fans were again in the stands today.

“I just want to thank them. It is very nice to see Ukrainian flags at the stadium. Fans constantly supported us and drove us forward. Thanks for this to our people.

It should be noted that the match of the 6th round of the Conference League AZ Alkmaar – Dnipro-1 ended with a score of 2:1 in favor of the Dutch club.

Netflix series loved by all is coming back! Do you know when?