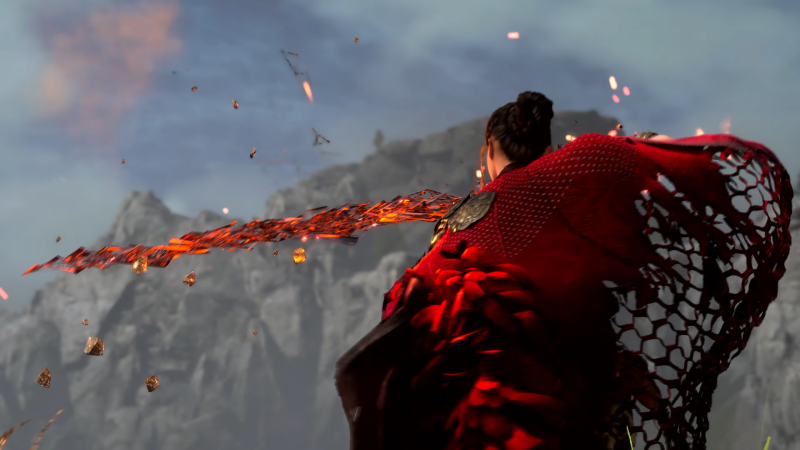 The developers from the Luminous Productions studio decided to lift the veil of secrecy over the Forspoken action and talk about the creation of magic in the game. From the very beginning, the team of authors conceived the abilities of the heroine as a spectacular and spectacular element of the gameplay. Spells in Forspoken form the basis of the gameplay, so special attention was paid to the visual design.

Luminous Productions wanted to avoid things like fire or rocks suddenly appearing out of nowhere. Forspoken is based on magic and such appearance of elements would be too boring for the players, so a special visualization technology was created. Each spell will have a general rule – it will start with magical energy and move into natural phenomena such as the aforementioned fire and stones. Then, when the spell is cast, it will revert to magical energy before disappearing.

In addition, the developers also wanted to refrain from using auras or summoning circles when the heroine is casting spells. Early in development, it was decided that the magical energy in Forspoken would be represented by geometric patterns. This influenced the visual design of all of the game’s magic and ensured that a consistent visual style was maintained throughout the game. Every spell in the game was the result of a team of visual artists, game designers and programmers working together.

You can evaluate the visual development of Forspoken in person on January 24, 2023 on PC and PlayStation 5.

AMD announces FSR 3.0 technology and HYPR-RX feature - both will increase FPS, but will not appear until 2023

LUCHESKU: "We didn't have a permanent place for training and a stadium"​