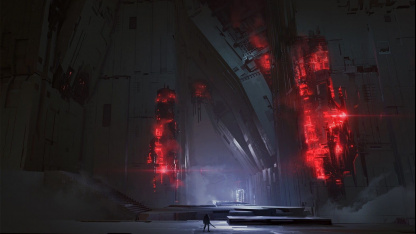 Studio One More Level held a special broadcast dedicated to the two-year anniversary of the militant Ghostrunner. The game was released in October 2020 and, as announced by the developers during the broadcast, has sold over 1.5 million copies. In the process of creation Ghostrunner 2 the developers are trying to bring the action movie to a new level, the second part should become much larger and more diverse. First of all, this applies to the combat system: they want to give players much more means and options to confront opponents. Details about Ghostrunner 2 are promised to be presented in the spring of 2023, and its release is still scheduled for the fourth quarter of 2023. The game is set to release on PlayStation 5, Xbox Series and PC. In the meantime, the studio has published the first selection of game concept art. More on Gambling Not Parasite Eve: Square Enix Announces NFT-Based Symbiogenesis Hideo Kojima’s Studio Offers ‘Ridiculously Large’ Amounts Belka Games Game Studio Will Leave the Russian Market

Dragon Quest XI is coming to PS Plus: Our complete guide to not missing anything from Square Enix’s role-playing game