The Piemonte region is the first in Italy to be developing a virtual version of its offices in Public administration in the metaversowith a 3D environment in which to move and interact with various entities and thus also be able to perform various types of tasks directly online.

The project is under development at the CSI, the Piedmont Information Systems Consortiumwhich has recently become a sort of advanced technological experimentation point thanks to the new House of Emerging Technologies in Turin, the very studio where this particular version of the metaverse is taking shape.

The public administration team is working on some virtual and interactive versions of public services that in the future we will be able to find in the metaverse, that is the more or less freely explorable 3D space that should allow a more “natural” interaction with other remote users, using virtual reality viewers and controllers of various types.

CSI Piemonte director general, Pietro Pacini, seems to be a great supporter of the advent of the metaverse, given his desire to adapt the public infrastructure system as soon as possible to this new dimension, which is actually still rather vague. 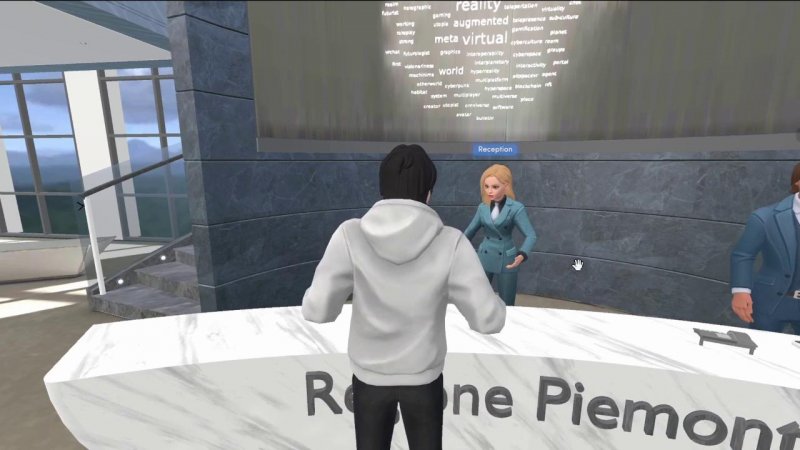 “Our challenge is to bring the public administration to us”, Pacini said, presenting the project in question.

The development of the platform is the responsibility of the Piedmont Region, which will therefore be the first region in Italy to invest in the metaverse, with the intention of launching a version that can be used publicly in 2023. The first project, the regional councilor for innovation reported and Research, Matteo Marnati, will be focused on social, with one Bullying Desk which young people can access anonymously and talk to real psychologists with their avatars.

Subsequently, the idea is to extend this form of interaction to various other even more standard and common public services, such as i payment of stamps or tickets, which can all be done from home, remotely, within the metaverse. “It will be a revolution, an opportunity to be seized, think about how much it can help in the social or disability field”, said Marnati, who will also have to work on a code of conduct for avatars within the shared virtual space. .

To tell the truth, the question had already been addressed and deepened also by our Short Circuit, in another great and intrepid investigation by our assault reporters.

The judgment, as you can see in the video above (at about 1 hour and 36 minutes), was not exactly flattering, highlighting a series of critical elements that cast several doubts on the effective usefulness of the Piedmont Region initiative. said with euphemistic terms compared to what is reported in the video.

Meanwhile, the metaverse in general is still struggling to take off, as evidenced by the fact that Meta is losing billions in the project and that for example Decentraland, the $ 1.3 billion metaverse, has only 38 active users per day.

Elon Musk wants to fire half of Twitter employees - Aroged

Mario + Rabbids: Sparks of Hope: Three DLC packages confirmed – some only in the Season Pass

LoL: Riot developers admit to censoring the game after the release of the new champion

DC games after Suicide Squad will be set in the same universe, Gunn confirms