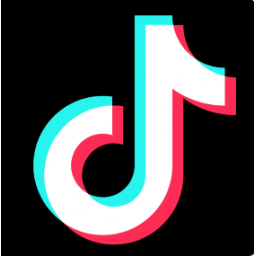 TikTok is changing its privacy policy for European users to make it clear that individual company employees from around the world, including China, can access user data to do their jobs.

The ByteDance-owned platform, which currently stores European user data in the US and Singapore, said the audit was part of its efforts to improve the security of user data worldwide, and in particular its approach to data management in Europe, which includes restricting access to user data in region for company employees, minimizing the flow of data outside the region and storing information locally.

The privacy policy update applies to users located in the UK, the European Economic Area (EEA) and Switzerland and will take effect on December 2, 2022.

The company explained that employee access to user data is limited by a series of “robust security controls and approval protocols,” and that it complies with methods recognized by the EU’s General Data Protection Regulation (GDPR), and that certain company employees are allowed to Brazil, Canada, China, Israel, Japan, Malaysia, Philippines, Singapore, South Korea and USA.

TikTok said its security controls consist of system access restrictions, encryption and network security, adding that it does not collect precise location information from its users in Europe.

The company has repeatedly denied that its popular platform, which has more than a billion users worldwide, is controlled by the Chinese government.

ByteDance delayed a controversial privacy policy update in Europe in July 2022 which was supposed to allow the company to display targeted ads based on users’ activity on the platform, without their express consent.

The company also had problems in the US, when the commissioner of the US Federal Communications Commission (FCC), Brendan Carr, called for a ban on the application because it “poses an unacceptable risk to national security” due to the possibility of Chinese authorities accessing sensitive user data.

Last month, the company disputed the Forbes report that the Chinese team at ByteDance planned to use the platform to track the location of certain US citizens without their knowledge or permission.

Aroged: In the next half of the year, the load level of TSMC production lines will decrease

WhatsApp communities are launched in France: everything you need to know - Aroged

GeForce RTX 4090 impressed with overclocking to 3.7 GHz on the GPU

iPhone SE 4: it could finally correct the main flaw of its predecessors – Aroged

Netflix is ​​working on its own cloud gaming service – Aroged