The racing game “WRC Generations” is now available for consoles and PC. The release was accompanied by the official launch trailer, with which the developers of Kylotonn want to whet their appetite for more. 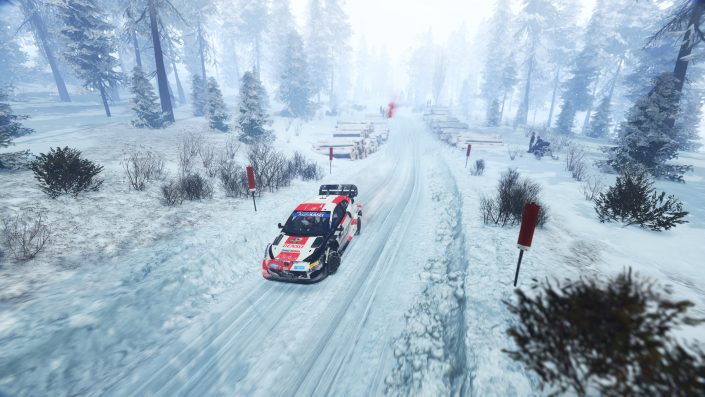 After a short-term postponement, the off-road racing game “WRC Generations” developed by Kylotonn is now available for PC and consoles.

As the developers at Kylotonn promise, with “WRC Generations” they deliver nothing less than the most realistic off-road simulation in the studio’s history to date. There are more than 750 kilometers of unique special stages in 22 different countries that will put your talent at the wheel to the test more than once.

Thanks to the official license, all licensed vehicles of the current season are also on board – including the hybrid model, of course.

Also featured are the 49 teams of the 2022 season (Rally1 / Rally2 / Junior-WRC), 37 legendary cars plus additional bonuses and 165 timed special stages. In addition, the developers of Kylotonn presented the competitive leagues mode a few days ago, in which you compete against other players and try to climb the various leagues.

The seasons associated with the leagues are divided into a one-week qualification phase and ten weeks of competition, in which you take part in different events and receive three attempts per event to get the best time. We have all the other details about the leagues of “WRC Generations”. here summarized for you.

“WRC Generations” is now available for the PC, PlayStation 4, PlayStation 5, Xbox One and Xbox Series X/S and is shown in the official launch trailer to match the release.

Capcom has managed to turn the PC into its main platform - it accounts for half of the company's game sales.

OPPO Find X6: top smartphone on the way with a super sensor developed by Sony in collaboration