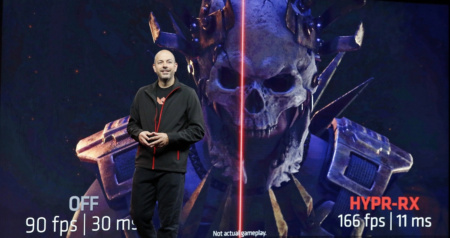 Together with the next-generation video cards — RX 7900 XTX and RX 7900 XT — AMD announced a bunch of new technologies that fully reveal the potential of the new “iron” in games. Among them are the improved AMD FSR 3 upscaling and the HYPER-RX performance enhancement engine, which combines Super Resolution, Boost and Anti-Lag.

At the presentation of the Radeon RX 7000, AMD corporate vice president Scott Herkelman confirmed the compatibility of FSR 3 with the latest game engine Unreal Engine 5 — the third generation of FSR will provide twice the performance in 4K than its predecessor, thanks to a new feature called Fluid Motion Frames. The exact role of this feature is not yet known, but its name is reminiscent of NVIDIA’s DLSS Frame Generation, an advanced frame interpolation technique that the company introduced in September with DLSS 3. This feature uses proprietary Optical Flow Accelerators to create additional intermediate frames. It’s only available on the current generation RTX 4000, although an enthusiast recently managed to unlock it on an RTX 2070.

In the Unreal Engine 5 demo, the Radeon RX 7000 GPU delivered a frame rate of 60 fps with FSR 2.0, and after activating FSR 3.0, performance increased to 112 fps. FSR 3 will be available next year. 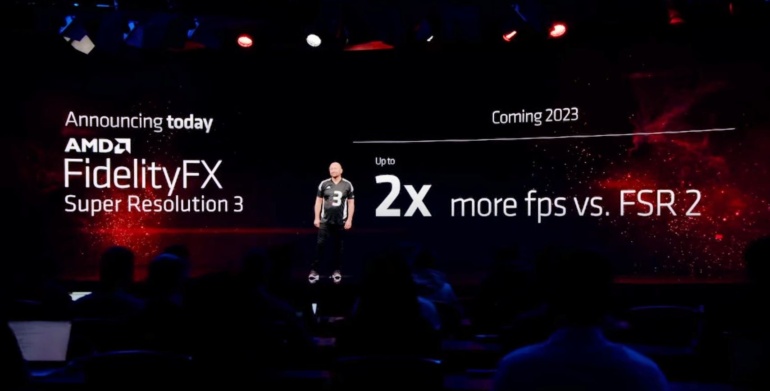 As for HYPER-RX, it is a comprehensive performance enhancement system that combines several solutions, including Super Resolution, Boost and Anti-Lag. The technology is activated in one click and allows you to get up to 85% higher performance with lower latency (1/3 of the usual indicator) in games like Dying Light 2. It will be available in the first half of 2023.

WoW: If the jailer follows you to Pandaria...