AMD FSR 3 combines the best ultra-high resolution temporal technology with the all-new Fluid Motion Frame technology, which delivers more FPS in games by boosting performance when games run at high settings. The technology should be launched in 2023 in various games and applications.

In terms of performance, AMD FSR 3 delivers nearly 2x the performance of FSR 2 at 4K resolution. AMD was shown running an Unreal Engine 5 demo where FPS jumped from 60 FPS (FSR 2) to 112 FPS (FSR 3). Nothing is currently known about the modes and how the Fluid Motion Frame technology will work, but the company is expected to reveal more details in the coming weeks. 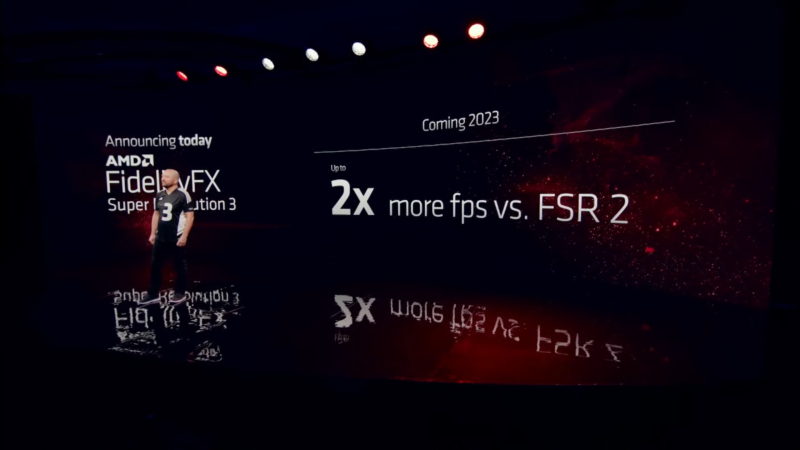 Additionally, AMD also showed off a demo of Beckoning, a short film that Sava Zivkovic and his team were able to create with FSR 3 in just four months. The featured demo ran smoothly and showed great visuals when running with Unreal Engine 5.

AMD also announced a new technology that will be included in its software package, known as HYPR-RX. This technology will give gamers a one-click solution for higher frame rates and lower latency. The demo was shown with Dying Light 2 where an 85% FPS improvement with 1/3 latency was seen. You can also see in the comparison slide that with HYPR-RX off, you’ll get around 90 fps (30ms), but with the tech on, you’ll get 166 fps (11ms). Like FSR 3, HYPR-RX is expected to reach gamers in the first half of 2023. 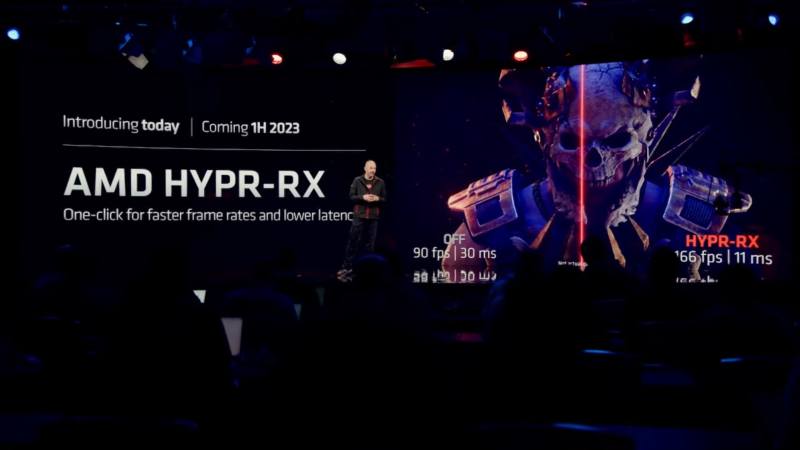 Crossfire: Legion will be leaving Early Access with the start of the Free Weekend