AMD got serious and presented the first models of the new RDNA3 graphics card generation via live stream in the evening. However, the new cards are not yet available. 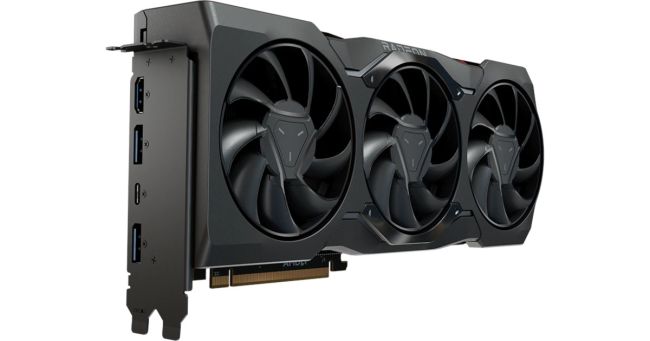 The next round of the duel between the two graphics card giants NVIDIA and AMD has entered the next generation round. After NVIDIA had already presented the RTX 4090 in October and will also be launching the RTX 4080 in November, AMD has now also presented the first models of the new RDNA3 generation.

AMD is starting with two new models, the AMD Radeon RX 7900 XTX and the Radeon RX 7900 XT, which are primarily aimed at high-end customers. The new models should benefit from the new RDNA3 architecture, which, thanks to a new chiplet design, should offer up to 15 percent higher clock rates and significantly improved energy efficiency. The AMD RDNA 3 architecture chiplet design combines 5nm and 6nm process nodes, each optimized for specific tasks.

Redesigned processing units and the second generation AMD Infinity Cache technology are said to enable up to 54% more performance per watt than the previous version AMD RDNA 2. As a result, the new Radeon RX 7900 XTX should offer up to 1.7 times the performance of the previous flagship, the RX 6950 XT. Up to 24 GB of GDDR6 with a 384-bit interface are used for storage. The AI ​​performance is to be increased by 2.7 times, the ray tracing performance by up to 1.8 times.

The new Radeon cards are also the only ones in the industry to support DisplayPort 2.1 technology with UHBR 13.5, enabling high-resolution 4K (up to 480Hz) or 8K (up to 165Hz) gaming on next-generation displays.

For the time being, no major leaps are to be expected with FSR technology. AMD has announced several updates to its software suite, including the next iteration of FidelityFX Super Resolution (FSR) temporal upscaling technology, FSR 2.2, which is expected to be available in Forza Horizon 5 on November 8th, 2022. AMD also announced that FSR 3 with AMD Fluid Motion Frames technology will be released in 2023.

The first models from the board partners have already been announced, including ASUS. Interestingly, their dimensions are quite similar to the 3.5-slot designs of the RTX 4090, while AMD’s reference models use a 2.5-slot design. Initial data show dimensions of 352.9 x 158.2 x 72.6 mm, for the power connection three 8-pin connectors are specified compared to the two of the reference model.

Now it remains to be seen how the new cards will fare in direct comparison to the RTX 4080 and 4090. At least in terms of price, AMD has the edge in the new high-end models and AMD is also more economical when it comes to power consumption. Although NVIDIA should continue to lead in ray tracing, if the sheer gaming performance is at a similar level, NVIDIA should face hairy times for price reasons alone.

AMD introduced the first graphics cards of the new RDNA3 generation and they don’t make a bad impression.

This is how you limit your speed with Google Maps – Aroged