Bungie once again reminds PS5 players that there is an optimized new-gen version for their console and they can ditch the PS4 version compatible with PS5. 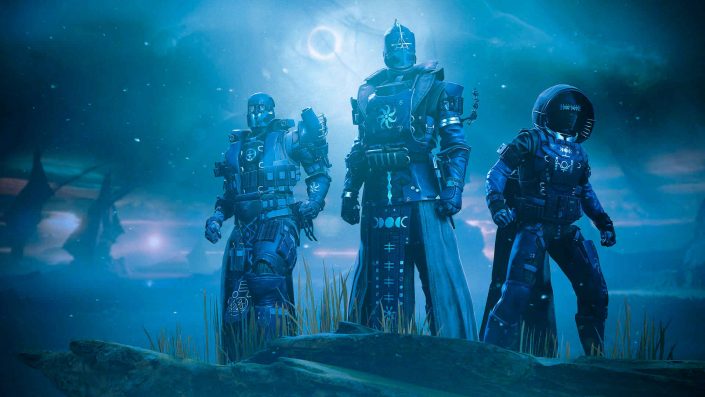 Bungie has expressed concern that Destiny 2 owners are playing the PS4 version of the shooter on PlayStation 5 consoles rather than the PS5 version.

In the latest edition of This Week at Bungie The studio noted that some PS5 owners may accidentally launch the PS4 version of Destiny 2 instead of using the optimized version for the current generation. Reason enough, the company thought, to remind them of the upgrade option.

“Beware PlayStation Guardians,” Bungie said. “We have noticed that a significant number of PS5 players are playing the PS4 version of Destiny 2 on their current generation consoles. To get the best experience for PlayStation goodness, you should view this resource hereto upgrade to the free PS5 version and see an overall improvement in framerate and graphics.”

The basic version of “Destiny 2” for PS4 and PS5 can be downloaded for free from the PlayStation Store. The shooter is financed by all sorts of additional content, including several silver packages that cost up to 49.99 euros. “Destiny 2: The Witch Queen” in turn hits with 39,99 Euro to book and for 49,99 Euro “Lightfall” can be pre-ordered. There are also addons like “Fortress of Shadows” or “Beyond the Light”. The “Forsaken” pack is for 19,99 Euro listed.

Destiny 2 was released for PS4 and Xbox One in September 2017 and was released for PC a month later. After the launch of the new consoles, optimized versions for PS5 and Xbox Series X/S were added. Destiny 2: Lightfall is the next major expansion for the shared world shooter and is expected to be released in February 2023.

By the end of this year, sales of laptops will collapse by 23%

The Witcher 3: 20 members of the studio reveal behind the scenes of a video game monument