Elon Musk fires Twitter employees via… email. Thus, they can reduce up to 50% of the state – Aroged 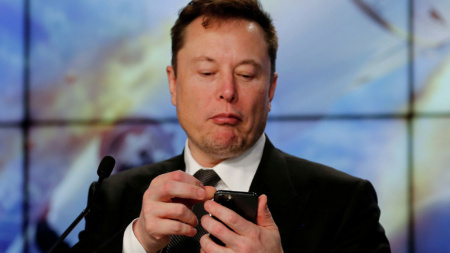 Musk is expected to cut about half of Twitter’s staff a week after buying the company for $44 billion.

According to an unsigned internal memo seen by The Verge, Twitter told employees that the company’s “global workforce” would be “cut” on Friday.

The confirmation comes a week after Elon Musk took over as the new owner of Twitter and quickly began to change the way the company operates and its product roadmap. Since then, speculation has circulated within the company about the timing and extent of expected layoffs.

Employees will receive emails November 4th by 9:00 AM PT (6:00 pm ET) confirming whether they have been laid off.

“We recognize that this is an incredibly difficult experience to go through, regardless of whether it has affected you. Thank you for continuing to adhere to Twitter’s policy of not discussing confidential company information on social media, the press, or anywhere else.

While the post didn’t specify how many employees will lose their jobs, Musk is expected to cut roughly half of Twitter’s 7,500 employees. Last week, his team of external advisors determined which engineers and technical managers to keep based on their latest contributions to the Twitter codebase, according to workers who participated in the discussions.

The firing is part of Musk’s efforts to control Twitter’s spending. Back in June, before he first attempted to pull out of an agreement to buy the company, he told employees:

“Now the expenses exceed the income. So it’s not the best situation. It is necessary to rationalize the number of staff and costs to a certain extent. Otherwise, Twitter will simply not be viable and will not be able to develop.”

*The acquisition of Twitter was the largest leveraged buyout of a tech company in history – to close the deal, Musk, the world’s richest man, dumped about $13 billion in debt on the company (which hadn’t made a profit for eight years). Last year, Twitter’s interest expense was about $50 million. With the new debt taken on as part of the deal, they will now rise to around $1 billion a year. This means that the company makes less money per year than it owes to its creditors. To make ends meet, Musk will likely have to cut costs significantly, including by laying off workers.

After receiving the memo, some employees tried to disconnect their Twitter accounts from their work email addresses (company policy that also requires physical keys for two-factor authentication).

On Slack and Twitter group chats, other employees have complained about the lack of internal communication with Musk and other leaders over the past week.

“I sincerely wish you all the best – for your sake, for your teams, and for the many people and communities that this product serves. But I also hope that [неудачи] the past will remind you what needs to be improved,” one data scientist wrote in a Slack message to management.

Below is the full text of the note to Twitter staff:

In an effort to get Twitter on the right track, we will go through the difficult process of shrinking our global workforce on Friday. We recognize that this will impact a number of valuable contributors to Twitter, but unfortunately this action is necessary to ensure the continued success of the company.

Given the nature of our distributed workforce and our desire to keep affected people informed as soon as possible, communication for this process will take place via email. By 9 a.m. PST on Friday, November 4, everyone will receive a customized email with the subject line: “Your Role on Twitter.” Check your email and spam folder carefully.

– If this does not affect your employment, you will be notified by email on Twitter.

– If this affects your employment, you will receive a notification with next steps to your personal email.

To protect the safety of every employee, as well as Twitter systems and customer data, our offices will be temporarily closed and badge access will be suspended. If you are in the office or on your way to the office, return home.

We recognize that this is an incredibly difficult experience to go through, whether or not you were influenced by it. Thank you for continuing to abide by Twitter’s policy of not discussing confidential company information on social media, with the press, or anywhere else.

We are grateful for your contributions to Twitter and for your patience during this process.

Musk is not the only executive who has decided to test a “remote” way to fire. Some companies have reported cuts through Zoom and other services. For example, 10% of the employees (about 700 people) of the Klarna deferred payment service were fired using a video call, and the American Bird electric scooter rental service reduced 30% of the staff (406 specialists) via Zoom.

God of War Ragnarok: “this recognition means a lot”, developers react to excellent reviews of the game

If Fury beats. Usyk could retire or return to cruiserweight

Gotham Knights is preparing a big patch that will improve performance

VIDEO. Top 5 moments of the Ukrainian team in the match against the Netherlands