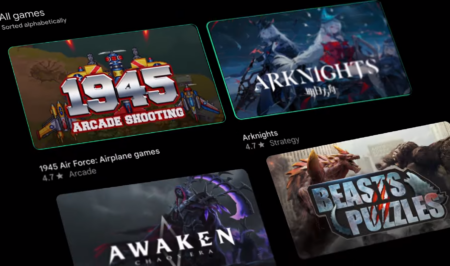 Google Play Games has launched an open beta test in the US, which allows those who want to try out Android games on PC. Google has already launched a beta version of this software for PC, but it was limited to Hong Kong, South Korea, Taiwan, Thailand and Australia. As of November 2, the Play Games for Windows beta is live in the US, Canada, Mexico, Brazil, Indonesia, Philippines, Malaysia, and Singapore.

Available games include 1945 Air Force, Blade Idle, Cookie Run: Kingdom, and Evony: The King’s Return. The app even syncs progress between PC and mobile so you can pick up where you left off on another platform. Although Google continues to add games to the Play Games catalog, there are currently only 85 games available on the service worldwide.

“We are very excited to expand our platform to more markets so that players can enjoy their favorite games on Google Play,” said Arjun Dayal, director of Google Play Games. “As we get closer to the full release, we will continue to add new features and evaluate developer and player feedback.”

To work with Google Play Games, you need a computer with fairly high performance:

As a reminder, Microsoft has partnered with Amazon and offers games and apps from the Amazon app store in its latest OS. The company built the core Windows Subsystem for Android into Windows 11, but Google has created its own standalone app to bring its games from Google Play for Android to PC.

The beta version of Google Play Games for PC can be downloaded and installed for free (but not from Ukraine). Another download link is provided by TechSpot and can be trusted.

Redfall or Starfield, which game will come out first? Microsoft may have unveiled it