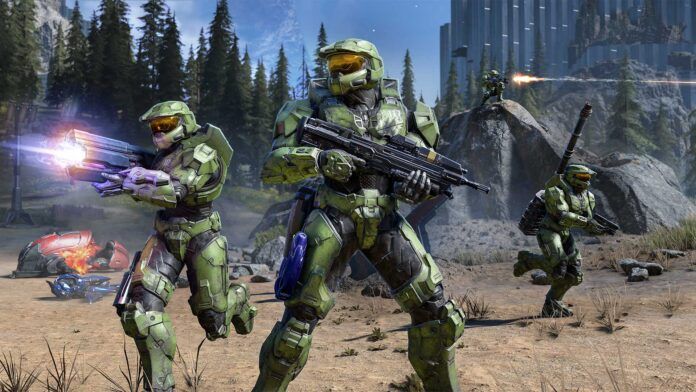 Halo Infinite is the latest chapter in the successful FPS saga started by Bungie and carried on by 343 Industries. About a year after its release (the game debuted on Xbox Series X and S, Xbox One and PC on November 15, 2021)the introduction of ray tracing has finally been announced for the PC version of the Microsft title.

The announcement came during the AMD conference for the presentation of its new RX 7000 video cardsheld in streaming on November 3, and among the various announcements, the introduction of this long-awaited feature in the title of 343 Industries has popped up.

At the moment we don’t know the exact date when ray tracing will be introduced in Halo Infinite for PC. As Tom Warren reports in The Verge, the update is expected in March 2023. A precise date is not available. In the coming months, the seasonal update is expected, which will introduce some new features

In the images shown in the conference on November 3, we could see how ray tracing will improve ambient lighting and enhance the sparkling Spartan armor, even in multiplayer mode.

We just have to wait for an official date, for the introduction of ray tracing in Halo Infinite, polishing our weapons and armor to see this title, Microsoft’s workhorse, shine even more.

Among the latest news regarding 343 Industries: Bonnie Ross has left her post in the studio after nearly 15 years.

And what do you think, were you waiting for ray tracing for the PC version of Halo Infinite? Let us know, as always, in the comments.

Kojima Productions: What Kojima Says About The Abandoned Rumors

Call of Duty: Modern Warfare 2: The composer leaves the team even before the release of the soundtrack!