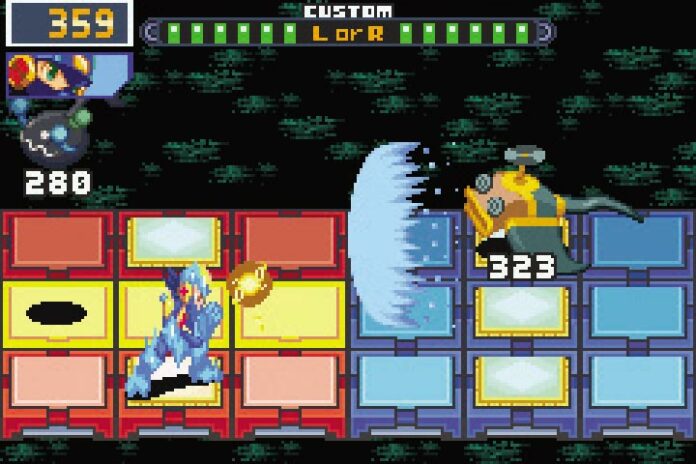 In Battle Network you control the young hacker Lan through a futuristic city where the computers are going crazy – behind the virus attack are cybercriminals who have to be tracked down in the data streams. To do this, Lan uses his online alter ego Megaman.EXE, who duels with all kinds of viruses in the network dungeons. The fights mix tactical and real-time elements: You choose several maneuvers such as shot, barrier and sword slash, which you then fire in real time – you have to dodge the enemy’s attacks on nine fields. The adventure becomes complex due to the countless maneuvers that are burned into chips: Collect and swap them to create a repertoire that is as varied as possible. Blue Moon and Red Run found extras vary, but also the plot is subtle.

Compared to the predecessors, there are only a few improvements, so fans are slowly getting tired: You run through the same city with networks that have hardly been spiced up graphically – you only have to switch a little faster in the fights and sometimes counter. The plot builds in contrast to Golden Sun-Duo hardly refers to its predecessors: You play an independent adventure instead of aiming for a cross-game finale – that’s not innovative.

And again: The fun cyber thriller with action battles plays like its predecessors.

A Plague Tale: Requiem breaks the million mark – Focus Entertainment can be happy

Apple is giving away two months of Apple TV+ subscriptions

Cadillac's electric cars will arrive in Europe from 2023 - Aroged

Genshin Impact: a cosplay of Miss Hina, the writer with a mysterious identity