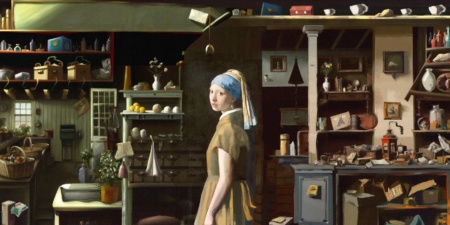 OpenAI is launching a public beta API that will make it easier for companies to add DALL-E text-to-image functionality to their products – giving developers simplified tools to integrate and customize software to their liking.

Beta use requires registration with OpenAI and a private API key to access DALL-E. In addition, OpenAI will charge for each generated image based on its resolution:

The first use case for the API is Microsoft Designer, which uses imaging software for Office users. Microsoft is one of the main investors in OpenAI and introduced the app last month.

Luke Miller, OpenAI product manager who works on the API, also gave the example of a startup called Mixtiles using the API to create home design posters, and another company called CALA using it to help customers design their own clothes.

Over the past year, interest in neural networks that help turn text into images has skyrocketed, so OpenAI, once the undisputed leader in this area, is again challenging newcomers like Midjourney and Stability AI to offer their services with fewer restrictions for users.

In addition to the obvious creative benefits that such image generators offer, there are many dangers. The software can be used to create misinformation and create harmful images such as images of nudity without their consent. (OpenAI previously banned the uploading of photos of real people to DALL-E, but recently said it was opening up the feature by improving its filters to remove deepfakes and pictures of “sexual, violent, or political content.”)

Text-to-image AI systems like DALL-E learn from images taken from the web, usually copyrighted works by photographers, artists and designers. Many artists are outraged that the resulting technology can be used not only to imitate their individual style, but also because they are not compensated.

Some firms are already starting to offer such payouts. For example, Shutterstock (which licensed its contributor data to OpenAI to create DALL-E) recently announced a reimbursement fund for individuals whose work is used to train AI. OpenAI has nothing similar in development yet.

“Now I have nothing to share about this. Obviously we continue to receive feedback from the community. This is a very complex issue that needs to be considered from different angles,” says OpenAI spokesman Luke Miller.

At the end of September, OpenAI provided free access to DALL-E 2 – to use the image generator, invitations are no longer required, just register on the site (50 free credits are available after registration – another 15 will be provided monthly). Each credit can be used to create a single image, image variant, or “inpainting” and “outpainting” functions (editing content or expanding an image beyond its existing limits). Additional credits can be purchased in blocks of 115 for $15. OpenAI reports that around 1.5 million DALL-E users generate over 2 million images daily.

Nintendo eShop: the Black Friday Sales are underway with discounts on the best Switch games