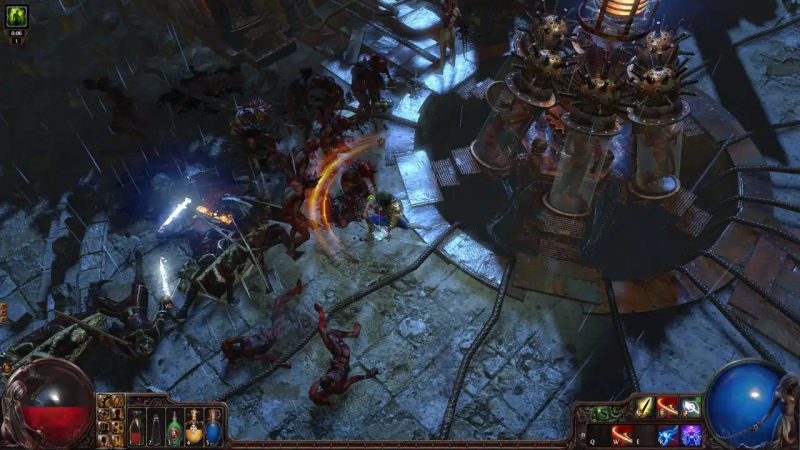 Grinding Gear Games released Path of Exile update 3.19.2 today, which adds support for the upcoming November events and also brings some improvements and bug fixes. Check out the November 4th Path of Exile Patch Notes below.

It is no longer possible to use a Vessel Filled with Blood on non-monster maps, as ritual altars will not spawn. Fixed a bug due to which the Yugul Pantheon’s Power did not reduce reflected chaos damage taken by players. Fixed an issue where Atlas’ Memories could drop as a normal rarity. Fixed an issue where Harbinger portals in Memories of Atlas could rarely close when all Harbingers were defeated due to being healed by monster modifiers. As a result, Harbinger Portals can no longer restore life. Fixed an issue where using Ctrl+Click on items in the craft slot in the Blight Stash tab would not move them to inventory. Fixed an issue where the “Invisible Flask Effect” microtransaction would not remove the visual effect from the quartz flask in locations other than towns and hideouts. Fixed instance crash

Due to an update to the sound effects engine, this patch is about 3 GB in size.

Path of Exile available on PC, PS4 and Xbox One.

Anno 1800: Finally information about the old town DLC - these skins and ornaments are included