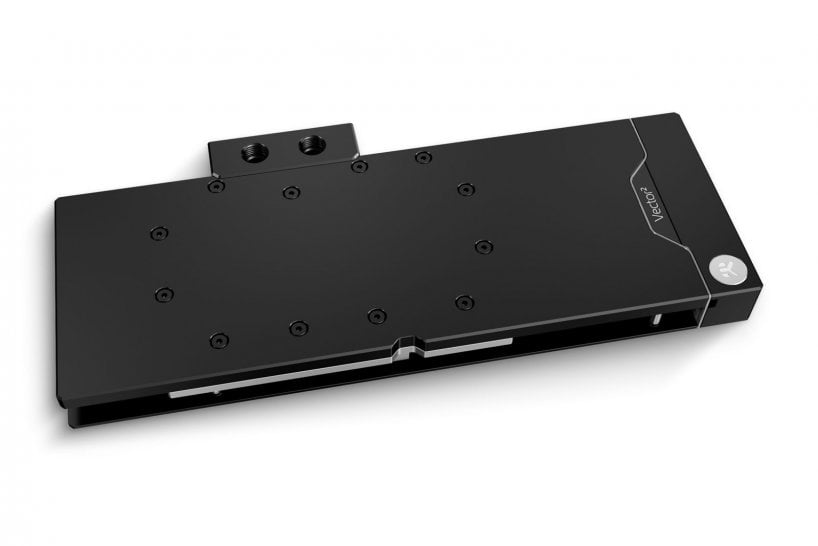 November 4th, 2022 at 6:42 p.m. by Benjamin Gründken – The Radeon RX 7900 XTX had hardly been officially presented when EK Water Blocks already presented the first cooling blocks. The EK-Quantum Vector² RX 7900 XTX D-RGB will be available from December in two versions with a backplate: as “Nickel + Plexi” and as “Nickel + Acetal” for around 240 euros.

Yesterday AMD officially introduced the Radeon RX 7900 XTX and 7900 XT. The performance seems promising, but there is still a lack of well-founded comparisons to the competition in the form of the Geforce RTX 4090. The price tags are impressive in comparison to Nvidia’s price expectations – and maybe one or the other is considering investing in a water cooling block invest. With the EK-Quantum Vector² RX 7900 XTX D-RGB, EK Water Blocks already has one in the pipeline for the RDNA-3 flagship.

The new water cooler has been specially adapted to the reference board of the Radeon RX 7900 XTX, so it does not fit on models that differ from it. Since AMD has changed the structure of the graphics chips, the water coolers must now also take this into account. In addition to the actual GPU die, there are additional memory cache dies that EKWB promises to cool adequately. In addition, the EK-Quantum Vector² RX 7900 XTX D-RGB also cools graphics memory, voltage converters and voltage controllers.

In response to the higher power consumption of modern high-end graphics cards, EKWB also changed the design of the cooler. The cooling fins were rotated 90 degrees and their density increased. In terms of compatibility, the Slovenians promise that their cooler can be easily connected to EK-Matrix7 components. Both variants of the EK-Quantum Vector² RX 7900 XTX D-RGB have a backplate on board.

According to the manufacturer, the cooling blocks will be delivered from the beginning of December, with December 19th being the expected delivery date via their own shop. It is available in the “Nickel + Plexi” (product page) and “Nickel + Acetal” versions at an RRP of 239.90 euros. The Plexi and Acetal variants of the EK-Quantum Vector² RX 7900 XTX D-RGB can also be found in our price comparison, but without a retailer with a shipping option.

TikTok bug: the application has cycled in semolina but everything seems to be back to normal