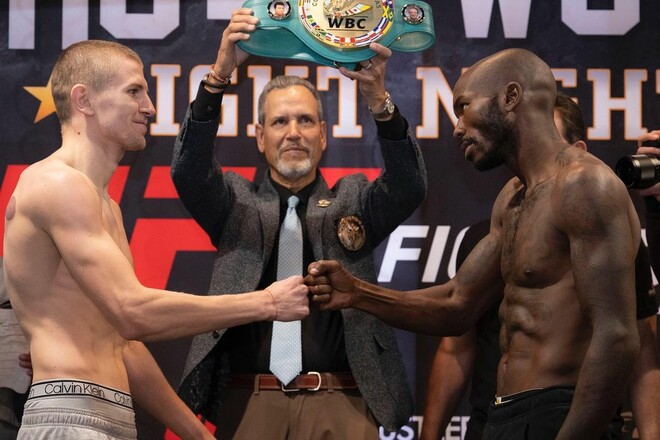 Ukrainian boxer of the first middle weight (up to 69.9 kg), 27-year-old resident of Vinnytsia Sergei Bogachuk (20–1, 20 KOs) has not entered the ring since September 2021. The return to the ring was delayed due to the start of a full-scale war in Ukraine. On March 25, he was scheduled to fight against Canadian Mikael Zevski, but the Ukrainian refused him for a good reason.

Bogachuk told how the morning of February 24 began for him, when the Russian army launched an invasion. Sergey, who at that moment was at home in his native Vinnitsa, said:

“My mother said: wake up, they started a war. I thought, okay, is this a joke? It was impossible. Ten minutes later, I went online and was beside myself with anger. I couldn’t believe it – is it real or not? It made me very sad.”

Bogachuk admitted that he was thinking about what to do next: to continue his career or join the Armed Forces of Ukraine to resist the horde of invaders.

“I thought I was going to the army and I wouldn’t be able to continue boxing. I wanted to protect my country. Several times I seriously thought that I would no longer perform, because Ukraine was in a very bad situation. In very, very, very bad. However, my friends, my family told me: “You are not a soldier, you are a boxer. You have to enter the ring, you don’t have to go to fight. You can help your country when you win fights, when you show the Ukrainian flag to the whole world, when you train in the gym. You can help your country more in the ring. Your war is in the ring,” they told me.

I had two choices and didn’t know what to do: go to war or continue my career. My brother said that I need to stay in boxing. He said: this is your job and you have to do your job, you are not a soldier, you are a boxer. Now my brother is at war, and I don’t even know where he is exactly. It’s a military secret, he can’t tell. I worry about him and I don’t know what I can change.”

On the night of November 3-4, Bogachuk will return to the ring. His fight against the American Aaron Cowley (16-4-1, 7 KOs) will be the main event of the boxing evening in Montebello (USA).