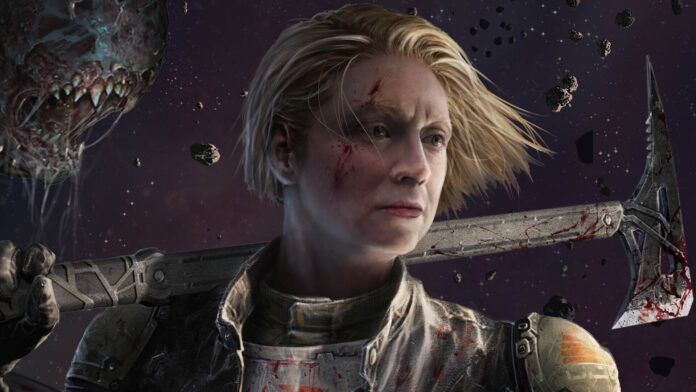 The Callisto Protocol will close in a flourish a 2022 which, although it has not made us enter the heart of the now current-gen, has been able to give away some of the most memorable titles of the last 10 years, including Elden Ring and the recently reviewed God of War Ragnarok, in short, two random games. The Striking Distance title will also have the task of inaugurating what appears to be a golden age for the horror genreand it will do so not only through the game itself but also via a Podcast – Helix Station – which will prequel the title, with Gwendoline Christie in the cast.

As revealed by Striking Studios, the actress will play Percy, while Michael Ironside will play Kane. The events will focus on these two characters, sent to the Helix station under orders of the Officer of the Iron Prison, Metzger (played by Kevin Durand). The podcast will be split into six parts and the first two episodes are already available, along with a trailer that will give you a taste of the product.

“Helix Station is a dark and thrilling sci-fi horror. It was wonderful to work with the Striking Distance Studios team to bring the character of Percy to life and lay the narrative foundation for The Callisto Protocol, ”revealed the actress, best known for playing Brienne of Tarthe in the Game of Thrones TV series. and the Lucifer character in the Sandman TV serieswhich we remember being renewed for a second season.

Recall that The Callisto Protocol will be released on December 2 on PC and console. Haven’t booked it yet? Do it as well through the Amazon box that you find below.

Far Cry 6, the Lost Between Worlds expansion will be presented today

PS5 and God of War Ragnarök, it's already crazy love before the release

Does it make sense to buy an Android phone abroad?

Chris Hemsworth, the interpreter of Thor in the MCU: “I have a predisposition to Alzheimer’s, I’m taking a break”