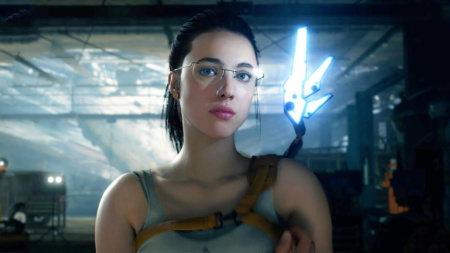 Early footage from Hideo Kojima’s upcoming game Overdose has been leaked, providing a first look at the upcoming horror game.

A short video screen shot on a phone shows the character played by Margaret Qualley. Unfortunately, the video doesn’t show much. The character walks through the dark halls while enemies roam nearby. The heroine tries to find shelter, but she does not succeed well.

So far, very little is known about the Overdose game. This is supposed to be a brand new cloud game that Hideo Kojima and his team are working on alongside the Xbox team. According to Kojima, this project will be a new type of game that no one has yet encountered.

“Thanks to advanced cloud technologies from Microsoft and [постоянным изменениям] trends in the industry, it is now possible to challenge yourself and create this never-before-seen concept. It may take a while, but I’m looking forward to teaming up with Xbox Game Studios and hope to bring you exciting news in the future!” Hideo Kojima previously stated.

The Overdose game has yet to be officially announced. Elle Fanning is supposed to be the heroine of Hideo Kojima’s new game, probably Overdose. Perhaps more about the new project will be revealed during The Game Awards next month.

Call of Duty Modern Warfare 2: Date and time… Early access to the single-player campaign is getting clearer

Enner VALENCIA: “I played with pain, but helped the team to achieve a result”