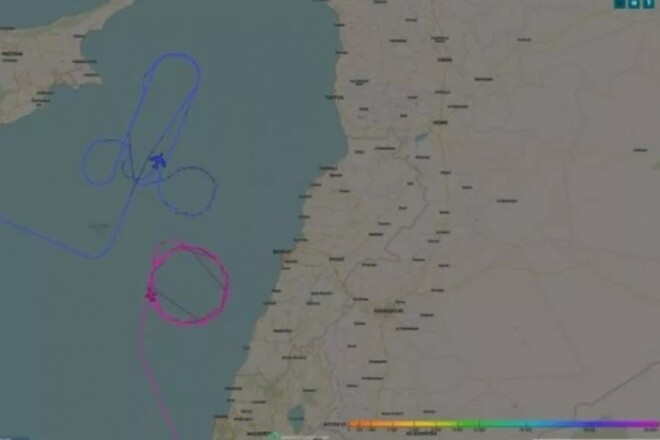 The crew of an American military aircraft made a specific route near the Russian military base in Syria, which is shaped like a reproductive organ.

A KC-135 Stratotanker refueling aircraft remained on Tuesday for nearly two hours east of Cyprus, in front of the Syrian base of Tartus, Moscow’s stronghold in the Mediterranean. It is not known whether the plane took off from Crete to refuel fighter jets, or whether the pilots had one task – to piss off the Russian military in Tartus.

The pattern drawn in the sky remained imprinted on the screens of Russian radars, which guard the area non-stop and to which the message of American pilots was sent.

In the area between Syria and Cyprus, US spy planes have been flying very close to Russian planes taking off from Syria in recent months: in at least one case, the Pentagon called the behavior of Russian pilots unprofessional.

In the footsteps of Svitolina. Sakkari makes WTA Finals history

Milan joined the fight for Malinovsky

Joe HART: “In Warsaw, Shakhtar managed to score, although they landed few shots”