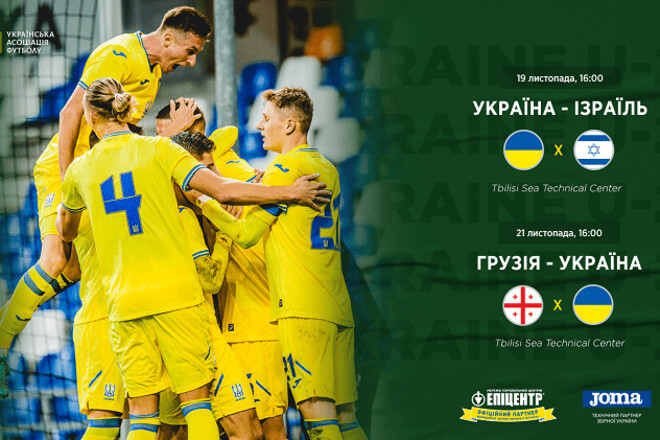 In preparation for the final tournament of Euro 2023 (U-21) youth team of Ukraine in the period from November 15 to 22, he will hold a training camp in Georgia, during which he will play two test matches.

On November 19, Ruslan Rotan’s wards will meet with Israel youth teamand on the 21st – from youth team of Georgia. The start of both matches at the Tbilisi Sea Technical Center Stadium is at 18:00 local time (at 16:00 Kyiv time). It should be noted that both rivals of the blue-yellows are also participants in Euro 2023 (U-21): Georgia is in the role of the host, and Israel has overcome the selection, in which it has outstripped, in particular, Poland, Hungary (in the group) and Ireland (in playoffs).

Recall that according to the results of the draw, which took place on October 18, Ukraine was in group B, where it will meet with Romania, Spain and Croatia. Our team will start its journey with a duel against Croatia, which will take place on June 21 next year in Romanian Bucharest.

Xiaomi 13 Pro: colors and main 'specs' revealed in a leak

The Callisto Protocol - second part of the documentary series – Aroged