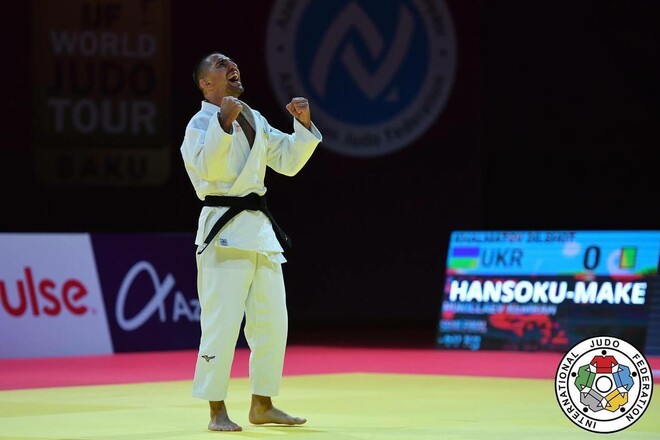 The tournament of the series started in Baku, the capital of Azerbaijan, on November 4 Grand Slam Judo.

On the first day of the competition, a silver medal in the weight category up to 60 kg was won by a Ukrainian Dilshot Khalmatov.

The Ukrainian started the competition with a victory in the second round over the Turk Salih Yildiz, in the quarterfinals he defeated the Spaniard Francisco Garrigos, and in the 1/2 finals he was stronger than the Uzbek Kemran Nuralliev.

In the final, Khalmatov lost to the owner of the tatami, Balabay Agayev, and thus became the vice-champion of the tournament. This is the debut award of the Grand Slam tournaments in the career of a Ukrainian.

At the tournament in the capital of Azerbaijan, the Ukrainian national team is represented by 8 athletes: Dilshot Khalmatov, Bekirbek Morgoev (up to 60 kg), Alexander Koshlyak (up to 73 kg), Sergey Krivchach (up to 81 kg), Zaur Dunyamaliev (up to 90 kg), Anton Savitsky, Danilo Hutsol (up to 100 kg) and Anastasia Antipina (women, up to 63 kg). Competitions in Baku will last until November 6.

⚡️🥋💪The Ukrainian judo team won the silver award on the first day of the Grand Slam in Baku! Dilshot Khalmatov chose her in the weight category up to 60 kg.
💛💙

The future Radeon RX 7900 appears in photos: what we know thanks to leaks before the launch – Frandroid

By the end of this year, sales of laptops will collapse by 23%