Warhammer: Vermintide II: Get it now for free and keep it forever!

Are you still looking for fresh game food for the weekend? Then a temporary Warhammer: Vermintide II offer is just what you need! 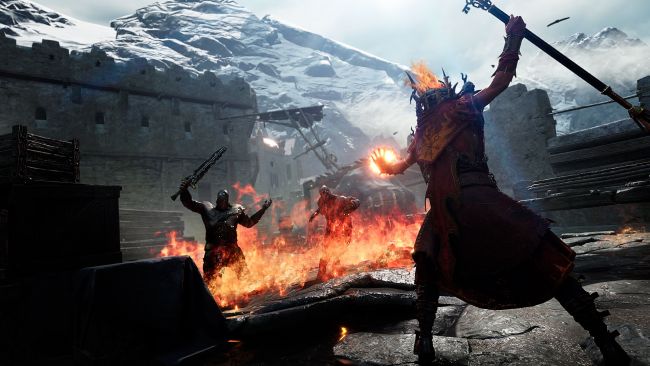 Anyone who has avoided Warhammer: Vermintide II, which was released in 2018, can now take a closer look at the good piece without any financial risk. Fatshark is currently launching the full version on the PC for free.

The development studio is celebrating the “7 Years of Tide” with this campaign. The next title, Warhammer 40,000: Darktide, will be released on November 30th, a rather brutal co-op game in the Warhammer 40,000 universe. It is the third of the so-called “Tide” releases in the past seven years, following the Vermintide games.

This is now being celebrated accordingly and you can get Warhammer: Vermintide II for free on Steam until November 7th. Those who claim the title may keep it permanently even after the promotional period; So it pays to be quick.

In addition to the free offering, Fatshark also plans to release a free new update to Vermintide II called “Trail of Treachery”. This will be available from November 8th and includes a wintry adventure mission that belongs to a two-part series.

In addition, as a Vermintide II owner, you can benefit in the new Darktide, because if you own either the sequel (after claiming it for free) or the first Vermintide, you will receive the “Devoted Rejects Pack” with cosmetic items when you buy Darktide.

As part of the Warhammer Skulls event, the comprehensive Be’lakor update for the “Chaos Wastes” expansion was announced.

Final Fantasy 16: release date revealed by the end of the year, development complete at 95%