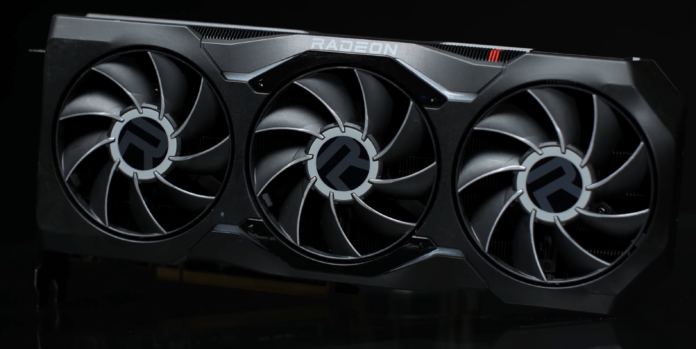 After the stunning presentation of the NVIDIA RTX 4090 video cards, and their launch on the market with lots of tests and benchmarks, the announcement of the new AMD Radeon RX 7900 video cards based on RDNA 3 architecture has taken a bit of a back seat. At least until the last few days.

This is because AMD has made an excellent presentation, but above all it has focused a lot on its historical qualities. That is to offer a product that does not aim for extreme performance, but which unites high energy efficiency at an extremely competitive price. And this is exactly what it could be the trump card of AMD Radeon RX 7900 video cardscompared to the competition.

And in fact there was no shortage of digs launched at NVIDIA. Starting from the fact that AMD’s chips are present almost everywhere, especially on PS5 and Xbox Series X, to then conclude on the issue of connectors.

AMD unveiled two models of Radeon RX 7900 video cards, both based on the new RDNA 3 architecture which aims to reduce the gap with NVIDIA, but without departing from the historical philosophy of the house.

This architecture is based on the latest evolution of the 5nm manufacturing process. This is not an extreme choice like NVIDIA’s, but rather conservative. This production process has now been used and refined for some years, thus ensuring high energy efficiency and above all significantly lower production costs compared to more innovative technologies. And this, as we said, will be one of the ‘keys’ of this project.

On balance AMD promises the new video cards will deliver 53% better performance per Watt than RDNA 2 video cards. This means that for the same consumption, the yield will be significantly higher.

But they certainly did not stop there. To narrow the technology gap with NVIDIA, GPUs with RDNA 3 architecture will also integrate hardware dedicated to Artificial Intelligence calculations for the first time, similar to the Tensor Cores of the direct competitor. With the result that these operations on the new GPUs will be 2.7 times faster. In addition the hardware dedicated to Ray Tracing has also been revised which reaches its second generation, with performance increased by 50% compared to the previous one.

The video card AMD Radeon RX 7900 XTX will be the new top modelalthough it doesn’t aim to directly compete with the RTX 4090 for performance.

Its GPU will be composed of 96 Compute Units (each of which is the equivalent of 128 CUDA Cores) working at the frequency of 2.3GHzand then capable of generating 61TFlops of calculations and a maximum consumption of 355W. This model will be equipped with 24GB of VRAM memory on board.

Numbers far from those recorded in the test phase by hand by the RTX 4090 that we showed you at Lucca Comics 2022. But as we said, AMD does not aim to directly challenge this video card, but to offer an excellent gaming product at affordable prices.

A very important novelty concerns the connectors. This because it will be the first video card to support the DisplayPort 2.1 standard. This standard allows to support 1440p monitors that reach up to 900Hz refresh rate, 4K at 480Hz and 8K at 165Hz. These are obviously purely theoretical values ​​that can hardly be achieved by the actual performance of the video card. The main reason for this choice is ensure compatibility with future monitors equipped with a USB4 Type-C connector.

The younger sister of the previous video card is the AMD Radeon RX 7900 XT. Unfortunately, the choice of the name is not the best, as already happened for the 12GB RTX 4080 which will be re-branded to better reflect the characteristics. And unfortunately it must be admitted that even in this case the performances differ in such a way that perhaps it was better to use a different name.

This video card will indeed have a GPU made up of 84 Compute Units working at a maximum frequency of 2GHz, and therefore able to obtain a computing power of 43TFlops. A data very far from the previous model to have a substantially identical name, certainly creating a lot of confusion among users.

On the Radeon RX 7900 XT, the amount of VRAM will also be lower, stopping at 20GB. Also in this case the DisplayPort 2.1 output is maintained and for obvious reasons consumption will be limited to only 300W.

Not just hardware, for AMD there will also be a software update that will cover the new video cards. This is the renewed FidelityFX Super Resolution software which, however, will arrive only in the course of 2023.

Version 3.0 of FSR challenges NVIDIA’s DLSS, and according to some rumors should take advantage of the hardware dedicated to Artificial Intelligence calculations introduced with RDNA 3 architecture.

Previous versions of this software used classic upscale and sharpening algorithms to get a better result, without any AI support. But with the new version this thing could change, with the result of obtaining a software more similar to that used by NVIDIA.

The real selling point of these video cards is the very competitive price and that could give a hard time even to the NVIDIA RTX 4080with which there will be a much more equal comparison.

Both models presented will be available on the American market starting December 13, 2022. The Radeon RX 7900 XTX will sell for $ 999, while the RX 7900 XT for $ 899, and from rumors it seems that custom models from various manufacturers such as ASUS, MSI, Zotac, etc., shouldn’t be priced much higher.

At the moment AMD has not yet revealed what the prices and availability will be for Europeto which VAT will inevitably have to be added (remember that US prices are always indicated with “taxes excluded”).

And this is where AMD can make a difference, both graphics cards have the potential (on paper at least) to compete on par if not better than the RTX 4080. But all with a lower list price of at least $ 200! We are therefore looking forward to December to be able to test them and compare them with rivals.

Redfall: Bethesda may release it before Starfield, Microsoft reveals

Sonic Frontiers: the composer "saddened" by the recent leaks, he addresses the leakers

The Last of Us: Naughty Dog heuert Battle Pass-Experten an