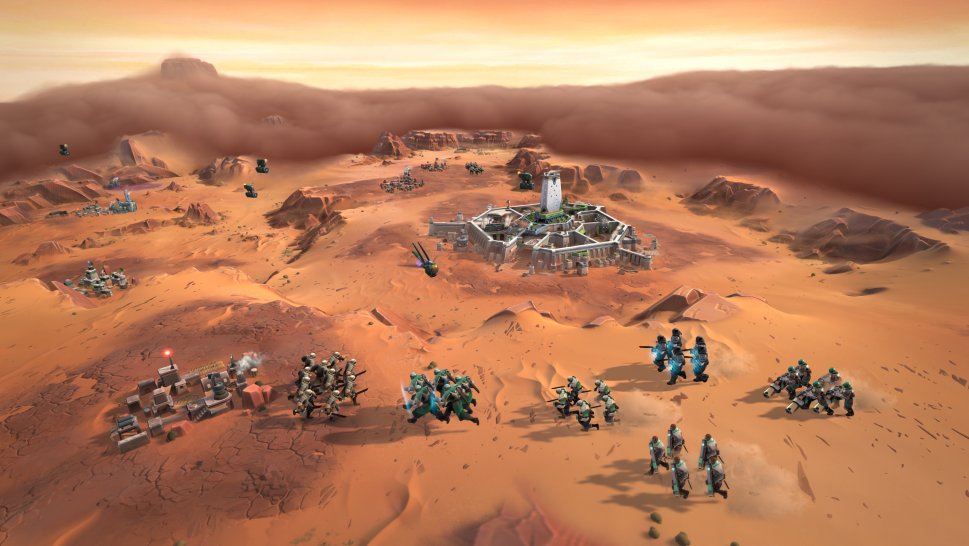 11/05/2022 at 08:45 by Michael Miskulin – The real-time strategy 4X game Dune: Spice Wars will be added to PC Game Pass “soon”. Microsoft and Xbox recently announced this. When exactly the date will be is not yet known.

As Microsoft and Xbox have announced, Dune: Spice Wars will be added to PC Game Pass “soon”. The real-time strategy 4X game from Funcom and Shiro Games (the makers of Evoland and Northgard) is still in the Early Access phase. The start of this phase was generally positively received.

When exactly will Dune: Spice Wars be included in PC Game Pass?

During Paris Games Week, the inclusion of Dune: Spice Wars in PC Game Pass was revealed. Previously, a blog post featured the Xbox Game Pass November deal. However, Microsoft and Xbox have not yet been able to confirm when exactly the title will be available in the PC game. It’s just “soon”. So fans have to be patient for an indefinite period. You can read the full announcement on the official Xbox blog. A new trailer to coincide with the announcement, which you can watch below, has also been released.

As already described, Dune: Spice Wars is currently still in Early Access. The last update in June added a number of important features. Among them was multiplayer on dedicated servers with peer-to-peer connections. The full release is planned for 2023. Dune: Spice Wars is set in the Dune universe created by Frank Herbert. In this real-time strategy 4X game, the player chooses a faction and enters the fight for control of the Spice on the planet Arrakis. Playfully there are parallels to the indie favorite Northgard – all of this expanded to include the complex politics and intrigues of the Dune world.

Kreychikova and Sinyakova reached the semi-finals of the WTA Finals

Dark Pictures Anthology: The Devil in Me Preview – In the Footsteps of HH Holmes