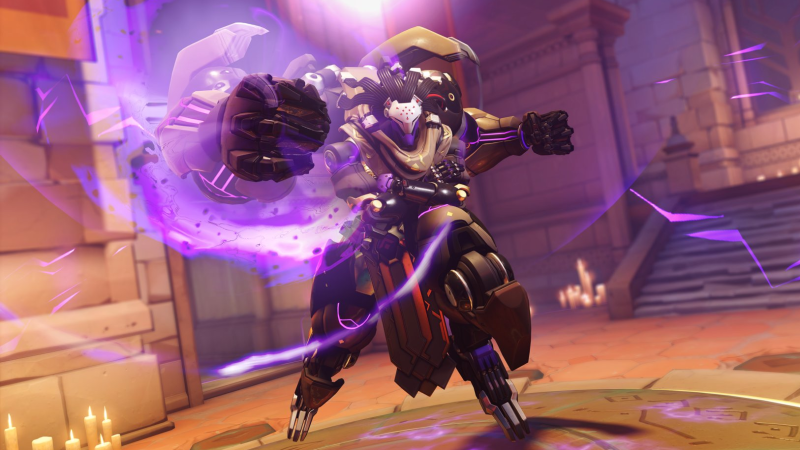 The network has the first details of the mechanics of Ramattra, which will appear in Overwatch 2 from December 6, when the game will begin the second season.

According to the developers, the hero will be difficult, because you will need to be able to switch between two forms in time. The developers also shared the details of his lore, and also published a bunch of screenshots with him.

– Omnic Form: Ramattra is armed with a staff and can attack at a long distance (releases a series of projectiles). In this form, Ramattra can right-click a small barrier with huge health and a large cooldown. The Barrier can block Supers, cannot be placed anywhere, and lasts for a short time.

– Nemesis form: Ramattra increases in size and gains HP, armor, and movement speed. Hits melee and breaks through barriers. In this form, the hero blocks attacks with RMB (but only for himself).

Details of the history of Ramattra:

Ramattra belongs to the Ravator omnic model. This is a special unit created during the Rise of the Machines to command Omnic squads. After the Rise of the Machines, Ramattra went to a monastery, where he tried to forget the war and learn to live peacefully next to people. But since Ramattra was originally created for war, it was difficult. It was Ramattra who found Zenyatta and brought him to the monastery, where he learned the path of Shambhala. Ramattra and Zenyatta became like brothers to each other. Promise interesting dialogues between them. Ramattra saw that people continue to exterminate omnics and realized that his people were in danger. As we were told in the London Calling comics, omnics are no longer produced, and each death of a robot inevitably reduces the number of their kind. Ramattra left the monastery and gathered like-minded people, founding the “Null Sector”. However, these forces were not enough, so Ramattra decided to turn to the Claw for help – we saw this moment in the final cut-scene of the Storm Premonition brawl.

Victoria 3 is a utopian joy. Review

S23 Ultra will have a maximum brightness of over 2200 nits