Sergiy LAVRINENKO: “We wanted to create more problems for Shakhtar” 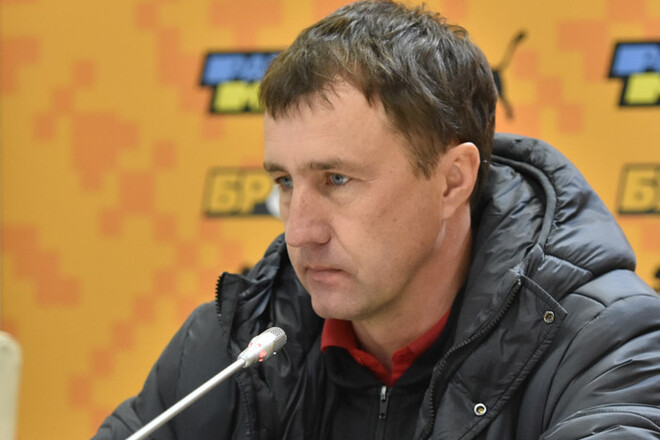 Ingulets head coach Sergey Lavrinenko summed up the match of the 11th round of the championship with Shakhtar (0:3).

– I would like to congratulate Shakhtar on the victory, they are great, they won a well-deserved victory. We wanted to create more problems for Shakhtar in terms of play, but it happened the way it happened. Not everything worked out for us, in the first half we wanted to play on the counterattacks, but failed to properly dispose of the ball. In the first half, Shakhtar had a great territorial advantage, but they didn’t have any bright moments, except for a scoring shot that broke us. In the second half of the game, maybe we looked better, but the opponent converted his chances: a penalty, and a goal in stoppage time became the point. We understood that we were fulfilling different tasks: Shakhtar always fight for gold medals, while we solve the problem of staying in the UPL. We have different levels of players, teams and everything. I wanted to play a little better, but it happened the way it happened.

– What did you want to change during the break, what did you focus on?

– After the break, we changed those who were on the cards, as we understood that it would be impossible to play with Shakhtar in the minority. We released players with good speed, who can play on the counterattack. We focused on attacking actions.

– Which of the opponent’s players do you remember the most?

– The assessment will be given by the Shakhtar coach, but I liked the whole team. Everyone plays the ball well and knows their functions on the football field. Shakhtar has a good and solid team, it is a top team for the championship. Until we have a strong championship, the number of such teams will not grow. I think it’s hard for Shakhtar in the European arena, as only a strong championship can provide strong opponents. Teams will progress only in such conditions.

– What are the plans and tasks of the team at the end of the first round?

– We need to save the players, because we have a meeting with Zorya in two days and there is no time to rest. Also on the reserve day there is a match with Dynamo Kyiv – a game on the game. On November 5, 8, 13, 16 and 19 we have matches – it’s hard, it’s also constant moving. We will try to take points.

Another video game slips to 2023: it's a pixel art metroidvania for PC and Switch

Square Enix: The Japanese market is no longer enough to pay back development costs