With each launch of smartphones, it is increasingly difficult to glimpse what the new models have more than the old ones. What arouse a feeling of boredom in some. What if it wasn’t so serious? And if in the end, this was the sign that smartphones had never been so interesting, whatever their price range? Small counterpoint in an industry that wants to go fast, but can’t help but slow down. 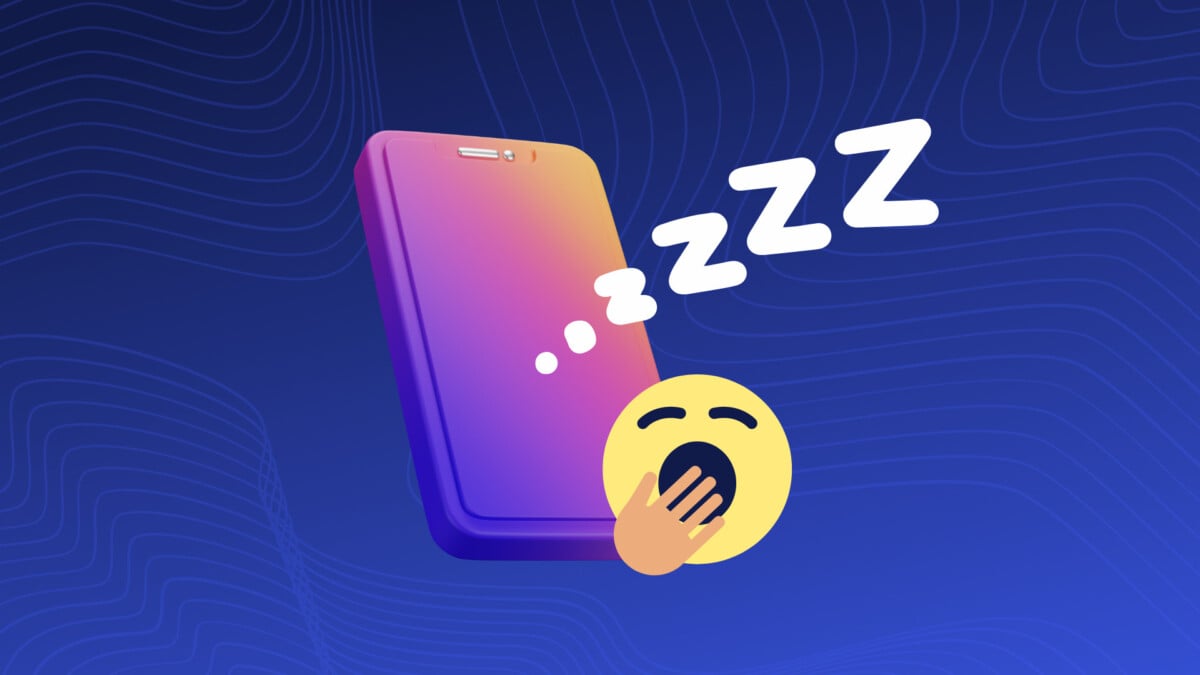 In recent years, a little music settles when talking about Tech products and more generally smartphones. Where are the innovations? Wouldn’t this all get a little boring? Where have the crazy prototypes, the innovative technologies gone?

If we take the rumors of the future Galaxy S23 for example, we quickly realize that there are not many new elements. The iPhone 14 have been criticized for their similarity to the iPhone 13, in short, we feel that it is more and more complicated for brands to find a new idea with each generation. Even folding smartphones like the Z Fold 4 end up looking very similar from year to year (Samsung’s design philosophy has something to do with it).

We can obviously regret this state of affairs, but if we take a step back, is it so serious? There are even a good number of reasons to think that if smartphones do not unleash so many passions, we would all benefit from it. Explanations.

Before going any further, let’s make this observation: the smartphone market is not doing very well. The best way to be convinced of this is to look at the figures: IDC anticipates a drop in sales of 6.5% in 2022, Strategy Analytics expects a 7% drop, in short, smartphones have therefore not sold less well this year. . 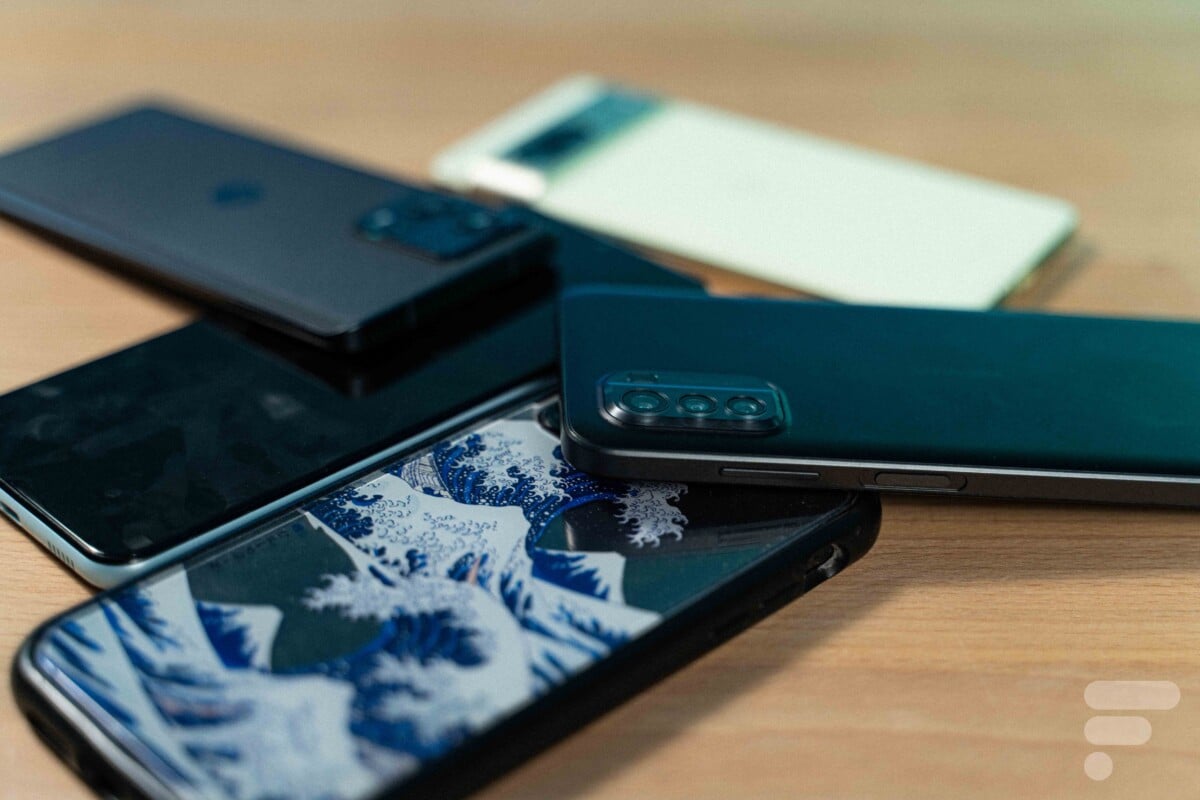 One element may explain this: the replacement rate, which measures the number of phones replaced in the year, has never been so low. Only 26.8% of phones in circulation should be replaced in 2022. This is quite simply the lowest figure measured since 2008 on the subject.

Cheap smartphones are getting better and better

If people replace their phones a little less, it’s probably because they feel the need to do so less. At Aroged, we test a lot of phones, and we’ve found that entry-level and mid-range smartphones have tended to get better bills for some time. Sometimes even to the point of wondering if it is really worth spending more than 500 euros on a phone. 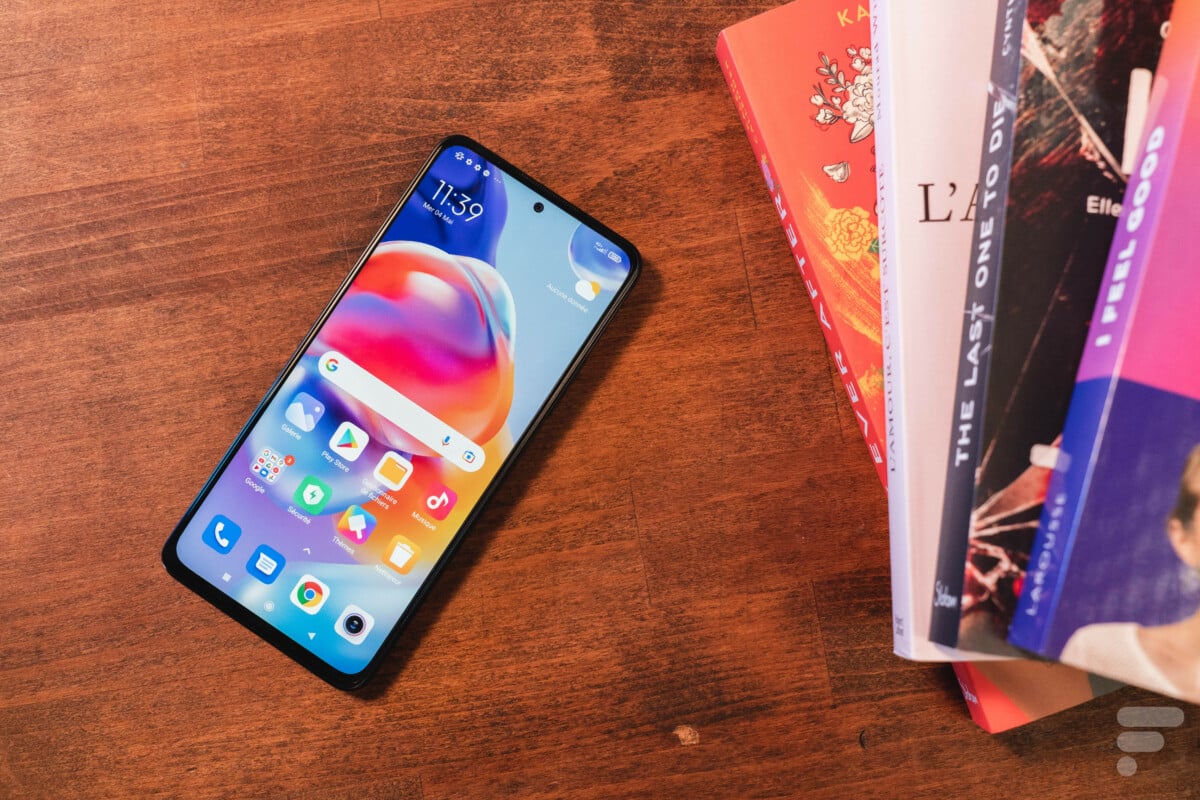 Take a Realme 8 for example or a Redmi Note 11 for the entry level. With their low prices, these phones are real desire killers to buy an ultra-equipped flagship. They have been able to recover the best characteristics previously reserved for the top of the range. For example, there are OLED screens to take full advantage of video content, a chip that avoids lag on a daily basis, competitive autonomy. If we go up a little in price, the mid-range has also become very interesting with Pixel 6a, phone (1) and other Galaxy A53.

The immediate effect of this “trickle down” from high end to entry level is obviously a small loss of flavor for the high end. If we forget the photo and the 3D game, important uses of course, but a little niche, these are excellent phones that do 95% of the same thing as their more expensive colleagues. The presence of an Oled screen or fast charging no longer makes anyone dream.

Therefore, the renewal for a brand new model loses interest. However, the novelty, and therefore the excitement, traditionally passes through the top of the range, which can afford to try crazy things in exchange for a high price. If that segment loses appeal, then boredom sets in too. But it also means that we can find very well equipped devices for less money. Is it better to be excited by smartphones that you will never buy or to be a little bored by a sector, but very well equipped for less? We have our little idea. 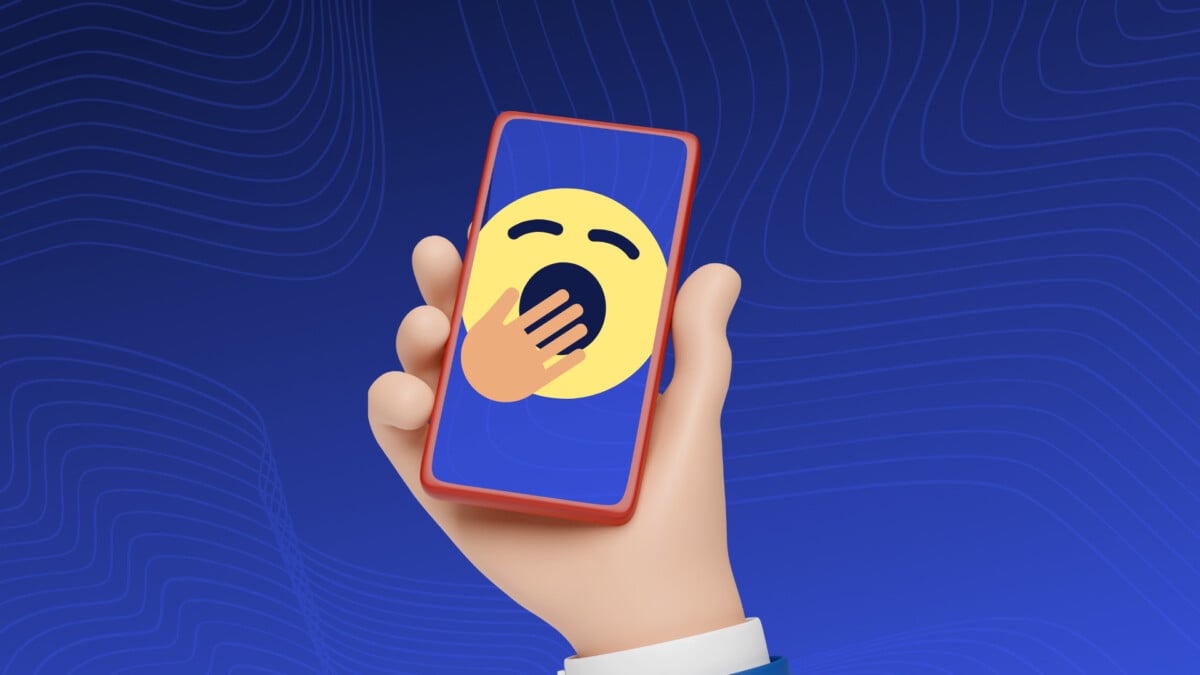 Another element can be observed. Given that it is more and more complicated for manufacturers to find real innovations to offer to buyers, they sometimes give the impression of looking for new sales arguments. And these tend to make buying a phone much more interesting than before. We think for example of the number of years of updates, now a must for every brand that launches a phone, so much so that some like Samsung are trying to place themselves as champions of the genre, with four years of updates. Android on budget smartphones like the Galaxy A33. We can also mention the emphasis of manufacturers on ecosystems like Apple or Samsung, which therefore find other satellite products to add around the smartphone.

While innovation has tended to slow down, manufacturing quality has tended to improve. More and more manufacturers are bringing Gorilla Glass or IP protection to very low price brackets. The recently announced Oppo A57, for example, may well be under 200 euros, but it incorporates a proprietary coating, the Oppo Glow, as well as IP 54 protection. Elements that were absent from the entry level in the past.

This is a real change that shows the maturity of the sector. Some at Aroged remember the entry level of a few years ago, which was much less robust. “Before, you lasted 6 months before breaking it, now you can keep it for three years without any problem,” a colleague whispers to me. An intuition confirmed by Rajeev Nair, senior analyst at Strategy Analytics in charge of the Smart Connected Devices division contacted by Aroged. “Build quality is generally on the rise, and lower-end smartphones from reputable vendors have longer lifespans. »

As a result, we clearly feel a slowdown in the entry-level market. “We believe the lower end of the market is slowing faster. For example, in the second quarter of 2022, we observe that entry-level smartphone volumes (US$100-190) decreased year-over-year by 21%. While the price bracket above $300 is up 11% YoY,” the expert adds.

Another hypothesis cannot be ruled out. What if the fact that smartphones are becoming more and more boring heralds the coming of a new product category that is just as striking and exciting?

Smartphones have reached maturity, you will understand. Perhaps this means that the phone product life cycle is slowly approaching decline. Enough to give way to the next innovation, nature abhors a vacuum. On this, everyone can make their bets. Samsung is convinced, for example, that Apple’s first folding screen product would not be an iPhone, but… a folding tablet or Mac. It goes without saying that if the Cupertino giant launches, it could pave the way for a new category of product that could even supplant the smartphone. 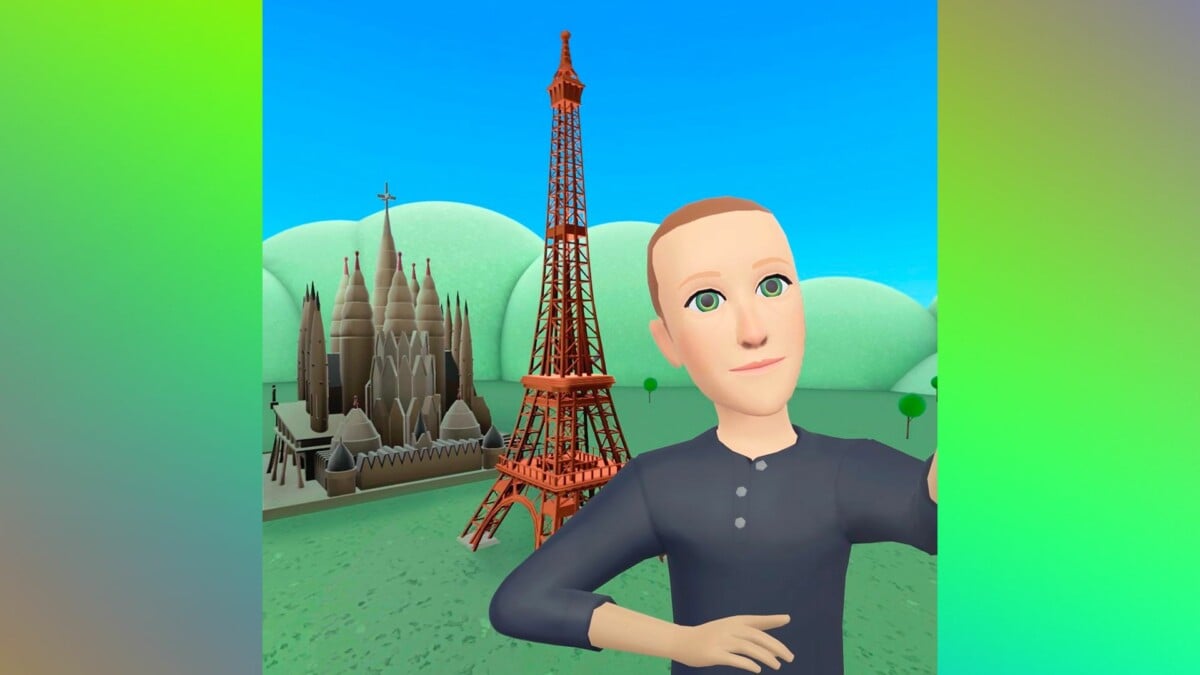 Another category of products could emerge soon and supplant the smartphone: virtual or augmented reality headsets. We know that Meta is putting everything on it now, but it is also rumored that the next major launch from Apple will be augmented reality glasses.

Good for the environment?

So let’s sum up: more solid smartphones, updated for longer, with components for the most part as interesting as the top of the range and the prospect of new technology on the horizon? But wait, wouldn’t that be great environmental news? No need to crack every four quarters for the latest device? Compulsive shopping for the latest smartphone actually seems less valid than before. And since there is no better action to reduce your carbon impact than not consuming, we could also argue that the loss of salt from smartphones plays in favor of the climate.

Thereupon, Rajeev Nair moderates our enthusiasm. “Our conversations with users did not yield definitive results suggesting that smartphone demand is affected by environmental concerns. Environmental issues are still not very present in consumer purchasing criteria. Of course, this varies by region and it is a particularly low criterion in Africa, the Middle East and the Asia-Pacific region. Understand by this that it is not because our buying frenzy is slowing down somewhat that it will do so everywhere in the world.

This loss of momentum in the smartphone market, whether temporary or permanent (let’s not dream), can it have a positive impact on the general carbon impact of the sector? The answer is yes. “Yes, one can interpret the fact that the decline of smartphones could help reduce electronic waste and improve the carbon impact of the industry. That said, the Strategy Analytics expert suggests other even more encouraging metrics. “For example, the growth of refurbished smartphones in recent times is a very encouraging factor in this regard. We estimate that the refurbished smartphone segment will grow by 7% in 2022 and 18% in 2023. This at a time when demand for new smartphones is declining. We may be holding the right end. Long live boredom then?

Snapdragon Connect, Sound, Sight, Elite Gaming, Secure: what do these logos mean for your smartphones?

Actually forbidden on Sundays: Most tenants do it anyway

FromSoftware aims to become a publisher of its own games: the team is getting bigger and bigger

Pokémon Scarlet and Violet: the trailer “Legendary Ride” invites us to travel to Paldea

Nuki Keypad 2.0 review: unlock your lock with your fingerprint