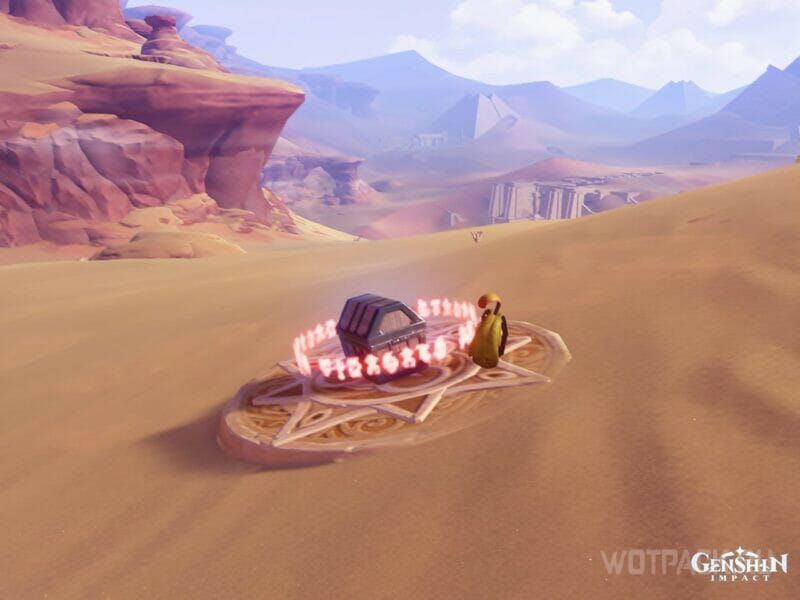 There is a locked chest on the platform next to Abju’s Pit in Genshin Impact. To open it, you need to find four torches and light them, but there is a difficulty – some of them invisible. In the guide, we will tell you in detail how to get to the riddle and solve it in order to get the chest from Pit Abju in the desert.

Where is the torch puzzle in Abju Pit The puzzle with transparent torches is located in the Sumeru Desert, northwest of Yama Abju. The easiest way to get to it is from upper teleporter.

To solve the puzzle, you need to light four torches near the chest, three of which are initially invisible. Their silhouettes appear when approached, and you can make them material with the help of Triyana seeds. 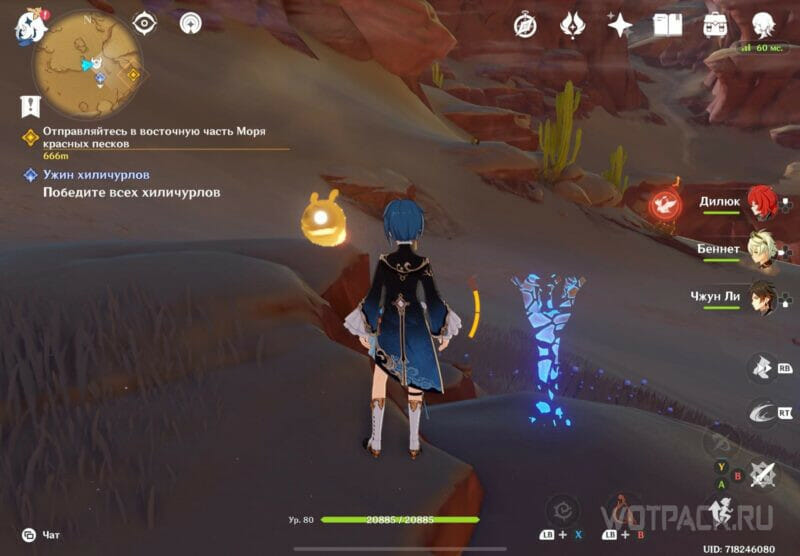 Read about the features of transparent torches in Sumeru.

To complete this puzzle, put in advance characters with Pyro, Electro, Dendro and Anemo elements, for example Ember, Lisa, Collei and Traveler Anemo.

If there is no Dendro hero available, select Traveler and teleport to any Statue of the Seven Archons in Sumeru. Activate it and select “Resonate with Dendro” to get the desired power.

Where to find the first Triyana seed: two transparent torches

The first seed of the Triyana is difficult to miss – it is located directly on the platformwhere the chest is. With it, you can immediately show two torches.

First you need a seed activate by using Dendro element. Use an elemental skill on a seed and it will start moving. 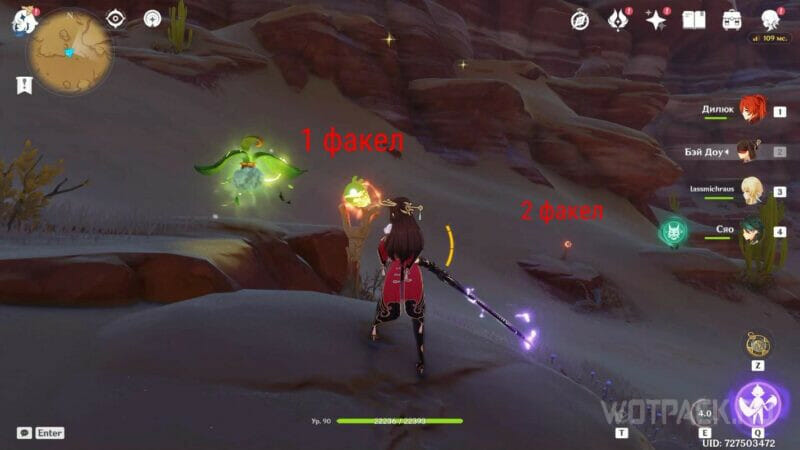 Follow him to the first torch. Switch to Electro character and as soon as the seed of the tryna will be as close as possible to the projection, activate an elemental skill. The triggered Pulse of Truth will make the torch material, it can now be lit with the character’s Pyro. The seed will start moving further towards the second torch. Repeat all steps again.

Where to find the second Triyana Seed: Transparent Torch 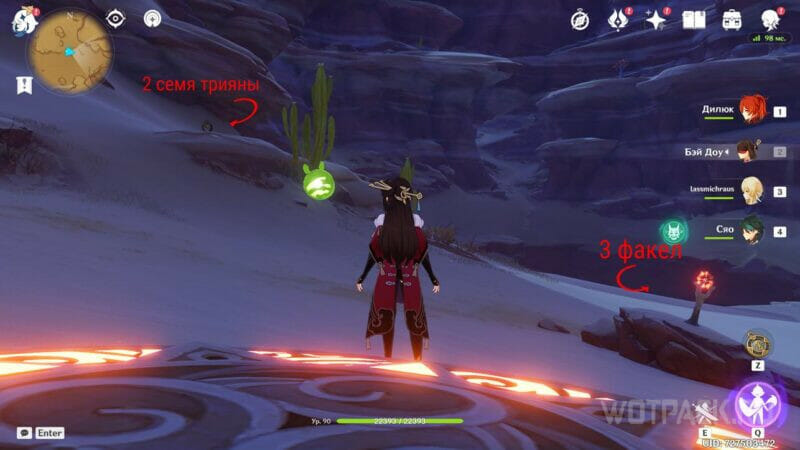 The second seed is located a little further from the platform with the chest – in cacti. It will help to manifest and ignite third torch. Repeat the whole algorithm of actions, as with the last seed of the triana: revive with the help of Dendro, follow him to the torch, call the Impulse of Truth with the help of Electro.

Where to find the last fourth torch 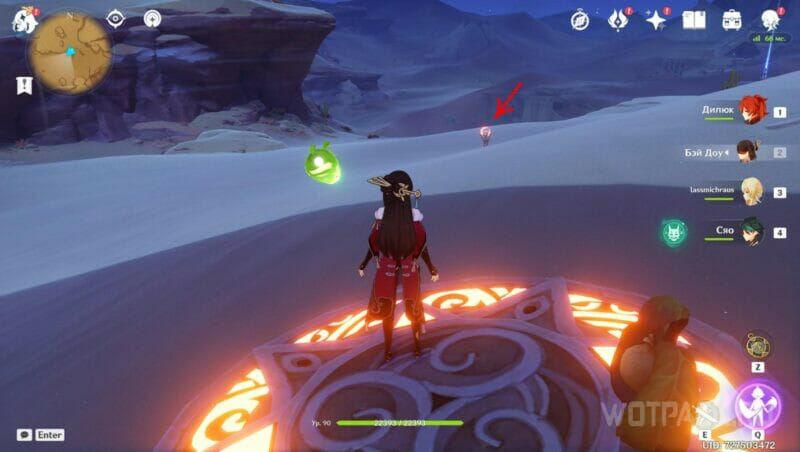 The last torch is originally material, but covered with sand. It must be cleaned with Anemo and ignited. It is located on the opposite side of the second torch.

As a reward, a rich chest will open, in which:

We hope our guide helped you claim your reward after activating the torches. If you have any problems, ask questions in comments. Read about the mechanics of solving riddles in the desert and follow the Genshin Impact guides on our website.