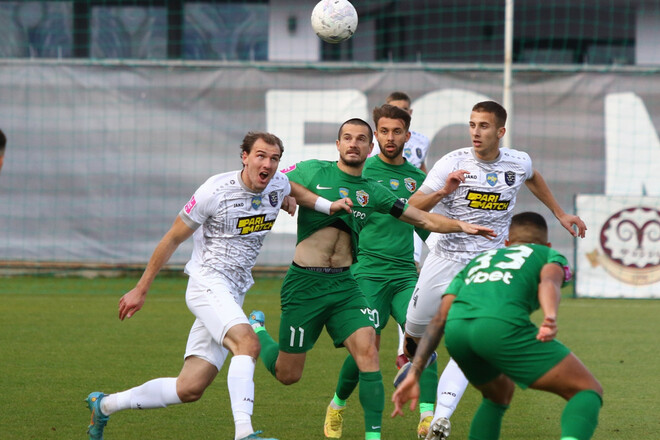 We invite you to familiarize yourself with a selection of the main news and materials on Aroged for Friday, November 4.

1. Table of coefficients. The fall of Ukraine in the ranking. The results of autumn in European competition. According to the results of the last matches of the group round, Ukraine was overtaken by Switzerland.

2A. Kravets decided everything. Vorskla beat Lvov. One goal was enough for Poltava to win.

3. Sergey Bogachuk knocked out Aaron Cowley and won the WBC belt. After a year of inactivity, the Ukrainian boxer won the WBC Continental Americas title.

5. Source. Lucescu and Dynamo will finally come to an agreement in December. The Romanian specialist will leave the team.

6. Metallist owner Yaroslavsky was arrested in absentia by a Russian court. The case was initiated last year.

7. Malinowski could end up at Tottenham. Midfielder “Atalanta” will change the club in January.

8. A measure of restraint has been chosen for UAF Finance Director Evgenia Sagaydak. The decision was made by the capital Goloseevsky court.

9. The miner plans to tour the US in the winter. They want to play with MLS clubs. The club can expect an interesting January.

Donbass in Iceland will play matches of the EHF European Cup

Is sales cannon GTA V finally starting to slow down?