November has begun and gamers have a whole month of videogame news in front of them. Before the arrival of massive names like (to name one at random, huh) God of War Ragnarok that we have just reviewed, players will want to finish the latest games they have active or devote themselves to something quick before moving on to more massive works. . So tell us what will you play this weekend of November 5th 2022?

This week we had the chance to play new titles such as Doraemon Story of Seasons: Friends of the Great Kingdom, a cultivation-themed management game that puts us in the shoes of the characters of Doraemon.

If you prefer something more intimate and riddled, then you should check out How to Say Goodbye. In our review we explained to you that “How to Say Goodbye is a video game that talks about death and acceptance with great delicacy and tact, but unfortunately fails to build narrative urgency and crashes on an unsatisfactory ending. At the same time, we can say that that one. what really matters is the journey into a world made up of always impeccable and engaging puzzles, with mechanics that are simple to learn, but stimulating for both adults and children. A game truly for everyone, in short, despite the topics covered, capable of keep glued to the screen for all the approximately three hours of duration and remain in the heart with its delightful and well-kept art style. ” 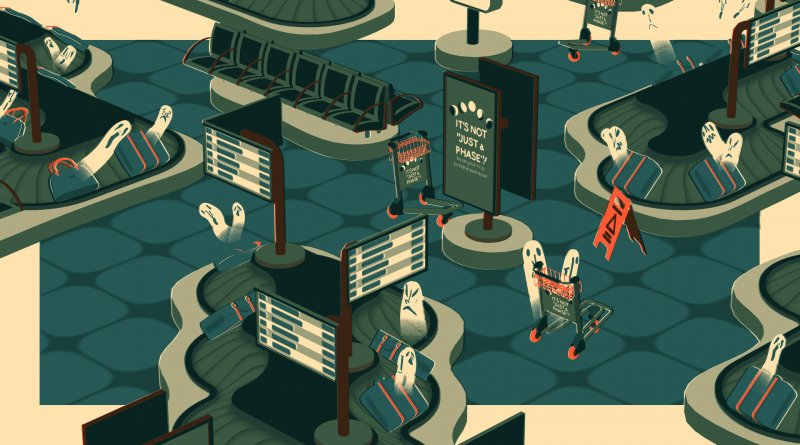 How to Say Goodbye

If you prefer something more horrifying, the interesting The Chant was released this week. In our review we explained to you that “The Chant is a disturbing descent into other dimensions, rightly separated from our plane of existence; an adventure based on cultism, nature, prismatic science, gurus and meditations. It is not a video game that wants really scary, and even the jumps from the chair can be counted on the fingers of one hand, but despite this a subtle anguish will begin to pervade very soon. There is little to criticize on the main narrative, also because the same starting point is not only interesting , but also partly original. ”

“Several reservations could be advanced on the technical sector, not exactly brilliant, especially from the point of view of the animations of the characters, too lacking during the dialogues, and in general unsatisfactory even in all other contexts; but the environments, thanks to the charm general and atmosphere, are saved. As a survival horror, finally, The Chant it rarely shines with its own light, but the proposed mechanics – the tripartition between Mind, Body and Spirit, as well as the possibility of making and using improvised objects – are consistent with the general approach of the whole experience. If we have to choose for you, we recommend that you give it a try. Especially if the classic horror titles have never really convinced you. ”

If, on the other hand, you want an adventure to share with friends and family, then you should definitely give the Switch version of It Takes Two a chance.

The possibilities are many and certainly many will have a long backlog in which to look for some title to play. So tell us what will you play this weekend?

Starlink introduces restrictions on the use of traffic during the daytime

This is Samsung's 5G smartphone for less than 300 euros!

Wild Hearts: EA has high hopes for the game