8 RPG games that marked an era 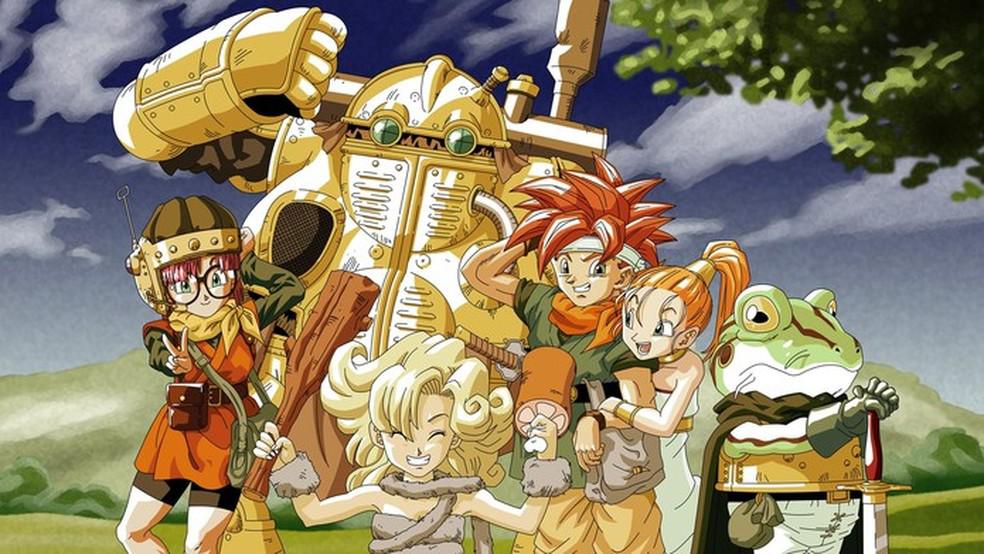 The world of games has several important genres for the public, and perhaps one of which the crowd is most fond of is certainly RPGs.

To celebrate the history of this style, we list below 8 RPGs that marked an era. Of course, we couldn’t put all the names here, so we invite you to use the social networks of Voxel to share your opinions after viewing our chosen ones. Come on!

The Elder Scrolls series is well known among RPG fans, but there is no doubt that many still see the fifth episode of the series as the best in the franchise and a title that deserves to be on the list of the most influential in the genre.

In addition to a vast and extremely detailed world, The Elder Scrolls V Skyrim still had good combat mechanics and a unique identity for each region, with different architectures, religions and habits.

As a rule, not all players enjoy difficult games – whether RPG or any other – in which one wrong move can send all unsaved progress going straight down the drain.

However, it was precisely the issue of difficulty that caused Dark Souls became so popular with the publicin addition to all possibilities of exploration and combat.

It is worth mentioning that it even sets standards for other RPG titles that became known as “Soulslike”, which only shows how strong its presence is in the market and in the community until today.

A list of RPGs that marked a generation wouldn’t be complete if we didn’t talk about Chrono Trigger at some point, would it?

The classic from the Super Nintendo captivated generations and is remembered to this day for its plot, soundtrack, characters and many other mechanics that were not common at the time, including combining the skills of the characters.

Ah, another thing that was highly praised at the time was the multiple endings and battles taking place on the same exploration screen – that is, no random combats or changes of environments, making everything even more dynamic and fun.

There is always a dispute over which is the best episode in the Final Fantasy series. For this list, we will bring Final Fantasy VII as the most outstanding for the public.

As the first title in the fully three-dimensional RPG series, it brought as new features a graphical update, summoning even more mesmerizing Summons, some plot surprises – will you tell me you weren’t impressed by Aerith’s death? – and a villain that is still remembered by many.

The Dragon Quest series is very popular with the public, being even more loved in Japan than Final Fantasy – seriously, people even sleep in lines in stores to buy a new title in the franchise. And, for many, Dragon Quest 5 is the most outstanding.

The battle mechanics here haven’t changed much from previous titles – the battles are in first-person view – but now there’s the possibility to recruit monsters to form your team, giving more diversity and variety to the battles.

In addition, this chapter of the classic RPG franchise also brought a generation system, accompanying the protagonist from childhood to adulthoodwith the right to marriage and two children who have different attributes and abilities – and these vary according to the suitor chosen for married life.

The second game of this Blizzard classic is also among the greatest classics of RPGs. Until today the title is remembered for its plot and the universe presented, in addition to offering different gameplay options according to the chosen class.

His memories are so strong that the game recently received an updated version in the graphics and brought all the additional content seen previously – all without losing its original charm.

Perhaps many did not put so much faith when Square Enix announced that it was producing an RPG game that would mix elements from Disney and, at the time, Final Fantasy. However, what later proved to be a real success, with the second gaining more prominence.

With the possibility to travel through classic Disney worlds such as Winnie the Pooh, The Lion King, Pirates of the Caribbean and many others, Kingdom Hearts 2 has evolved in many aspects, especially in its story and combat.

Finally, we close this list of memorable RPGs with a Game Boy classic: Pokémon Yellow. Its proximity to what we saw in the animation is certainly what makes this game an RPG so dear to many.

Right away we have the chance to go on a journey with Pikachu, giving everyone a feeling close to what Ash had in his debut adventure.

So, what do you think of the content? We hope you took advantage of all the tips and, of course, took the time to play your favorite. For more such lists, keep an eye out here on Voxel and be surprised!

CONCERTS FOR BABIES - THANKS TO LIFE