Colorful has released details on its GeForce RTX 4080 iGame Neptune graphics card. This model is equipped with a maintenance-free liquid cooling system. The manufacturer announced the new product at the end of September, but as the start of its sales approached, I decided to talk about it in more detail. 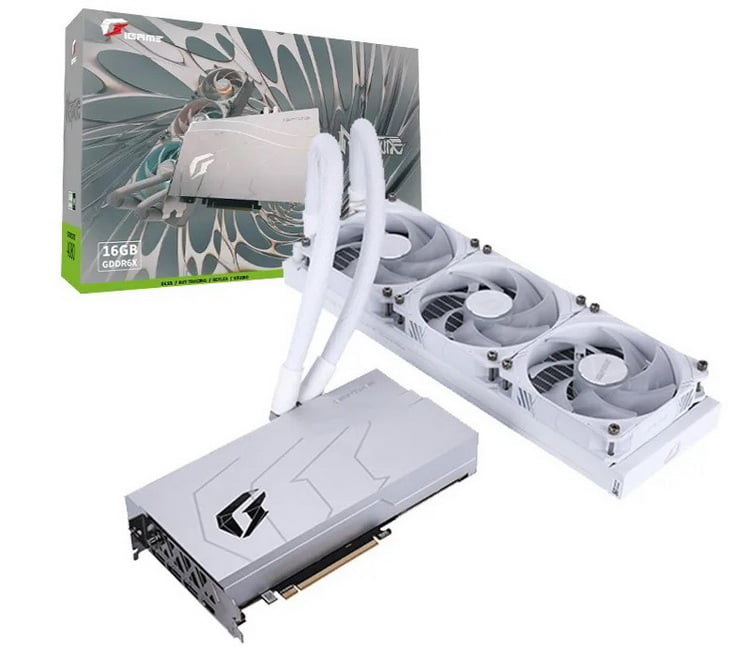 Recall that the Colorful GeForce RTX 4080 iGame Neptune is equipped with the same liquid cooling system with an external 360mm radiator as the older model GeForce RTX 4090 iGame Neptune. However, the latter has a much higher claimed maximum power consumption of 630 watts. In turn, the younger novelty has a maximum power consumption of 380 watts. This is 60W above the reference TDP for this model. 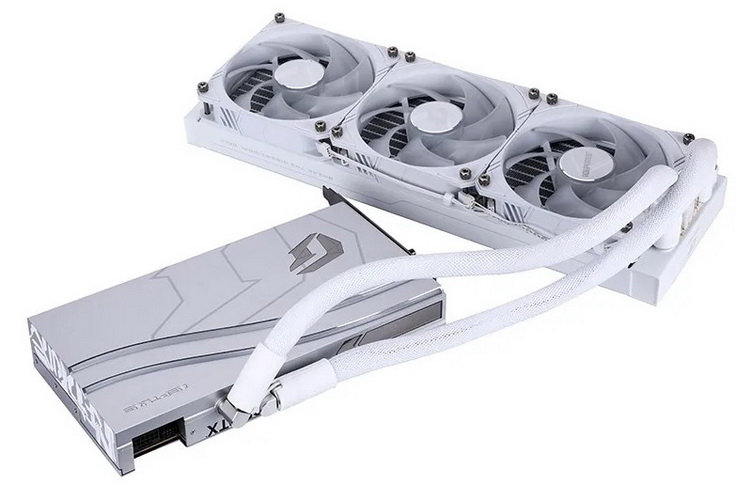 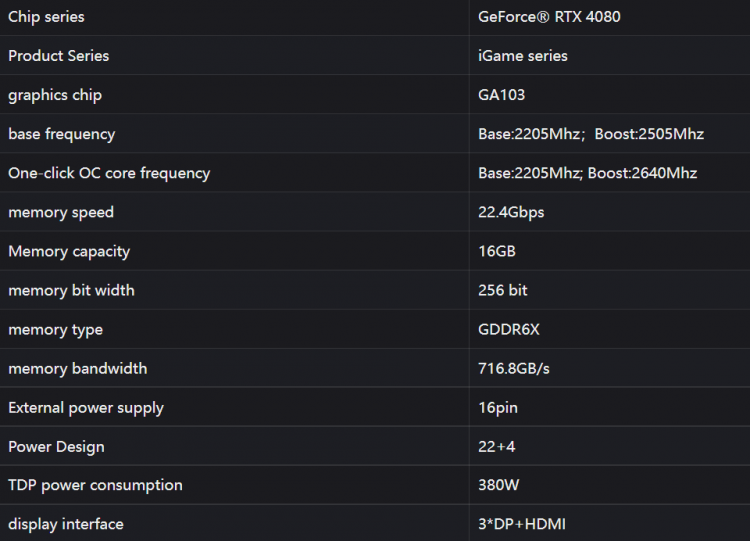 The Colorful GeForce RTX 4080 iGame Neptune accelerator is equipped with an enhanced 26-phase power subsystem. The company confirmed that the novelty received a dual BIOS system with the ability to quickly switch between operating modes. With the click of a button, the maximum frequency of the NVIDIA AD103 graphics processor can be increased from 2505 to 2640 MHz. In this case, the base frequency in both cases will remain the same and will be 2205 MHz. 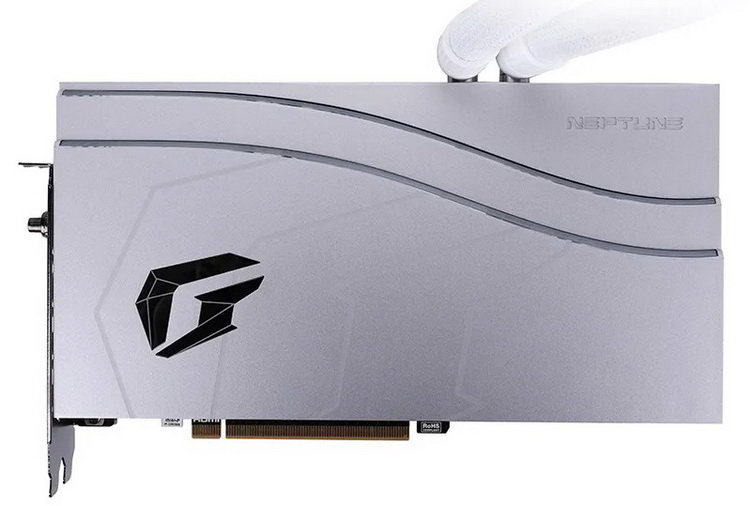 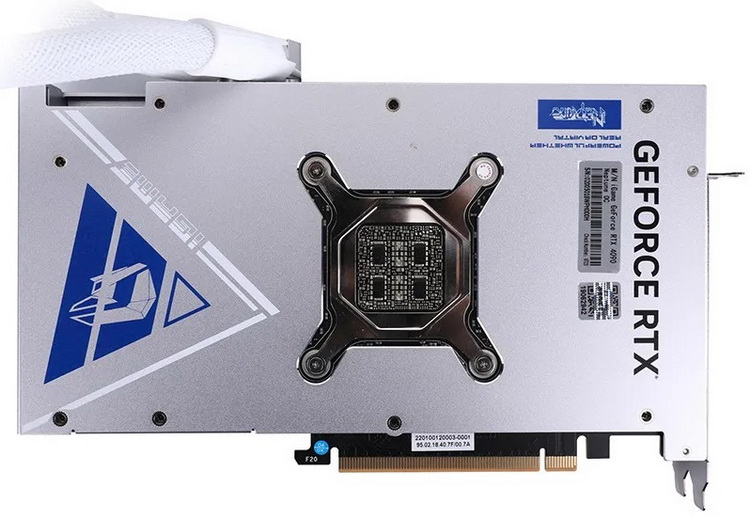 It should be noted that Colorful’s pre-flagship GeForce RTX 40-series model requires more power than AMD’s flagship Radeon RX 7900 XTX introduced yesterday, which has a reference power consumption of 355 watts. However, it is clear that non-reference variants of the Radeon RX 7900 XTX may also have a higher declared consumption figure. This is at least hinted at by the presence of three 8-pin power connectors in the first non-standard version of the card announced yesterday by TUF Gaming from ASUS.

Colorful did not provide a recommended price for the GeForce RTX 4080 iGame Neptune. The novelty should appear on sale from November 16th.

Update 1.11 has been released for Hunt: Showdown