Conspirology and dry analysis. 5 theories about why Pique ended his career

On November 3, Spanish football was shocked by the news of the end of the professional career of a football player by the central defender of Barcelona, ​​Gerard Pique. The legendary footballer with 102 caps for the Spanish national team, victories in the 2010 World Cup and the 2012 European Championship, 8 La Liga titles with Blaugranas and 1 Premier League victory with Manchester United, as well as 4 triumphs in the Champions League (three with Barcelona and one with Manchester United), decided to stop at 35, despite the fact that his contract with the Catalans was calculated until the summer of 2024.

Usually players of this caliber prefer to announce their retirement at the end of the season. This allows them to fully enjoy the attention of the media and fans, as well as to properly prepare the atmosphere of the farewell match. In the situation with Piqué, he had to act very quickly – Gerard entered his final game in his career two days after the announcement of the decision to hang up his boots.

Pique has not had any serious health problems lately. On the contrary, in the summer he seemed to have finally recovered from problems with the adductor muscle, and was ready to help Barcelona achieve their goals, but in early November he suddenly decided to quit.

What are the reasons for such a rapid end of a football career on the part of Piqué? Only Gerard himself knows them and, probably, his inner circle, but the football player chose not to explain anything globally. There are many versions, and we will try to figure out the most probable of them right now …

It is no secret that in recent years the great Barcelona has been going through extremely difficult times due to significant financial problems, which have led to the numerous mistakes of the previous management of the club. In particular, economic turmoil forced the Blaugranas to part ways with their cult footballer Lionel Messi in the summer of 2021, because the extension of the contract with the Argentine turned out to be simply impossible, and he decided to move to Paris Saint-Germain.

But even active work on unloading the payroll did not help Barcelona finally get rid of problems by the start of the 2022/23 season. Not surprisingly, already in September, the press got information about the readiness of the Catalans in January 2023 to consider the possibility of selling a number of first-team players. Very specific names of these “lucky ones” were also called – Gerard Pique, Jordi Alba, Frankie de Jong, Memphis Depay.

As a result, the veteran Piqué decided not to wait for radical decisions from the club’s management and, perhaps, played ahead of the curve. Analysts estimate that thanks to the fact that Gerard retired right now, Barcelona will be able to save about 40 million euros, which were due to the center back under the contract with the club. Now the contract will be terminated by mutual agreement without compensation from either party.

2. Could not stand the competition and was offended by the bosses

The second version to some extent contradicts the first, although it may well be related to it. The fact is that last summer, Barcelona signed two good-level players at once for the position of a central defender – a 23-year-old Frenchman Jules Kunde was bought from Sevilla for 50 million euros, and a 26-year-old from Chelsea on a free transfer summer Dane Andreas Christensen. 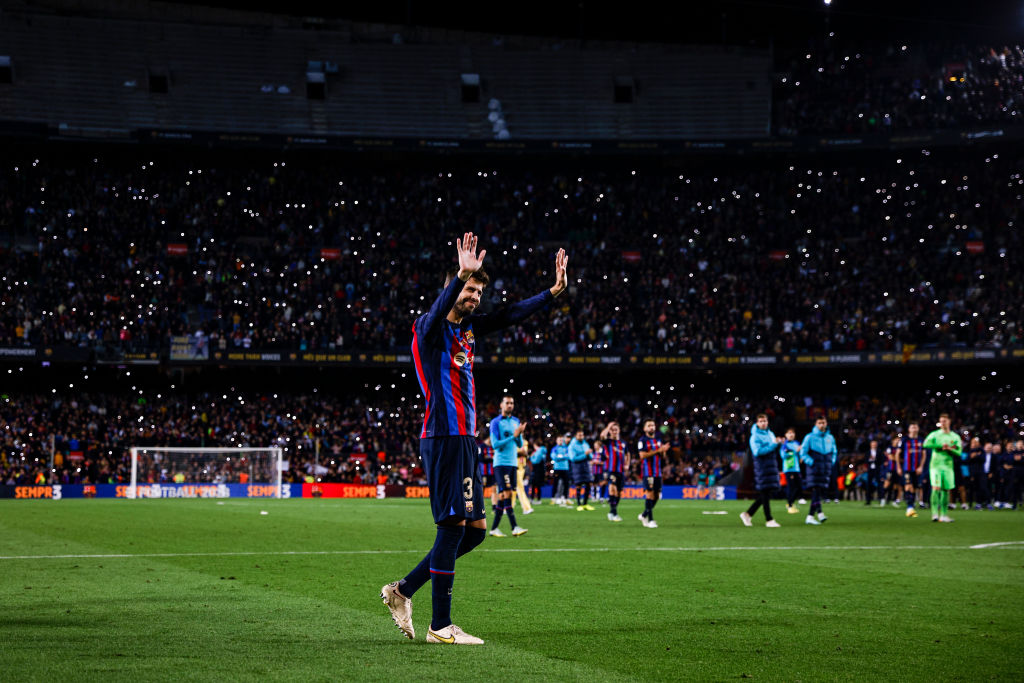 Despite the qualitative strengthening of the position of the center back, the leadership of Barcelona, ​​as reported in the media, gave Gerard Pique verbal guarantees of maintaining a place at the base. However, by the beginning of November, the situation had turned in such a way that the 35-year-old veteran was only the fifth choice for the coaching staff after Eric Garcia, Ronald Araujo, Jules Kunde and Andreas Christensen. In particular, in La Liga, Pique, before the announcement of his football retirement, played only 5 matches out of 12, and in the Champions League – 4 out of 6. Perhaps he would have played even less if it were not for the health problems of his competitors.

For a player who is used to being unconditionally the key to the team, this situation certainly looked unacceptable. As a result, according to the guesses of some analysts, Pique made the only right decision to preserve his own image – to end his career immediately. Thus, Gerard surprised even the president of the club, Joan Laporta, who was thinking about the possible sale of the veteran in January, but could not even think that he would suddenly decide to “remove himself”. Piqué himself, according to rumors, was extremely dissatisfied with the unfulfilled promises from the bosses led by Laporta, as well as the constant criticism of him from journalists, which has not left the pages of key publications lately.

Another version, to some extent explaining Pique’s decision to end his career right now, is based on Barcelona’s recent failure in the Champions League group stage. The Catalans, in particular, could not reach the playoffs of the most prestigious club tournament on the European continent, having passed in the group forward not only the phenomenal Bayern (6 wins in 6 matches with a goal difference of 18: 2), but also Milan Inter, in the confrontation with which the Catalan giant managed to score only one point (0:1, 3:3).

After it became clear that Barcelona would not play in the Champions League in the spring, Pique allegedly became completely disappointed in the team’s sports results and realized that this season the Blaugranas were unlikely to be able to get hold of top trophies. And if this factor in terms of the decision to end his career for Pique is hardly worth considering as an independent and only factor, then in combination with others it looks very likely and logical …

4. Decided to focus on children

In early June, Spain was already shocked by the news directly related to Gerard Pique. Then the center back and his wife, the famous Colombian singer Shakira, suddenly announced a divorce. It was rumored that the reason was the frequent spree on the part of the Spanish football player, but publicly Shakira did not focus on this, making it clear that she made such a decision together with Piqué “for the well-being of the children”, which are “top priority” for the former spouses. 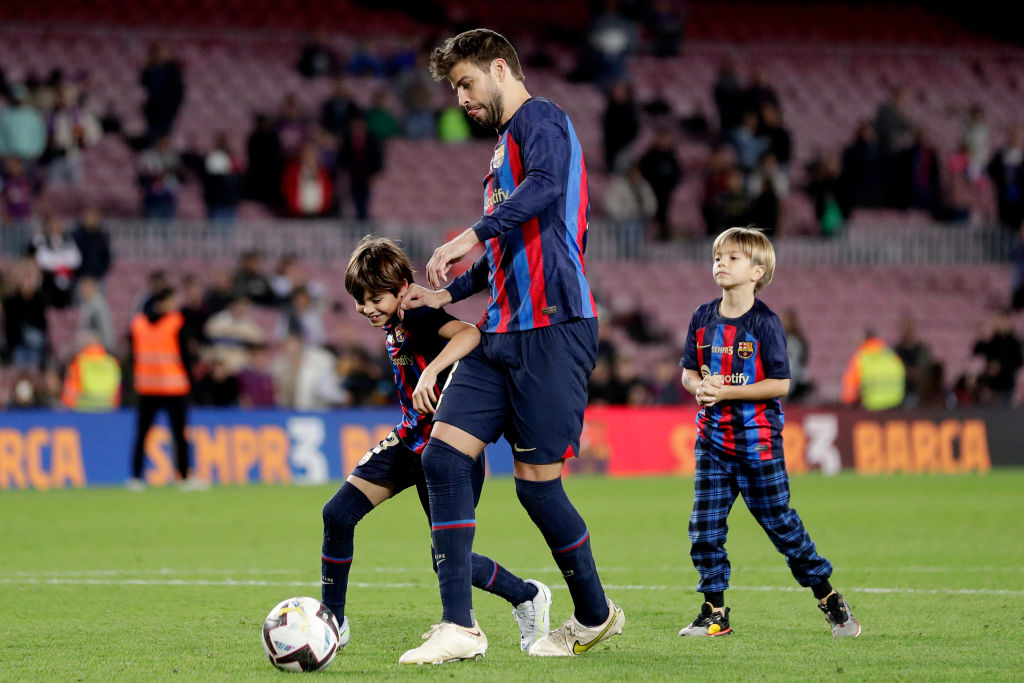 However, Pique and Shakira failed to break up in a good way. Very soon it became known that the Barcelona football player was not going to let his two sons Milan (9 years old) and Sasha (6 years old) live together with their mother, since Shakira decided to permanently move to Miami after the divorce. Despite the fact that the Colombian offered Gerard the opportunity to see the children often, he considered that changing the environment at such a young age, familiar to them from birth, could adversely affect the psyche of Milan and Sasha. Pique said that the children should stay with him in Barcelona, ​​which Shakira did not agree to. As a result, the parties hired lawyers and continued to sort things out through them.

The media reported that while the proceedings are ongoing, Piqué and Shakira see the children on a “flexible schedule” – for some time the father deals with the sons, after which they move to live with their mother, after which the “history” repeats itself. Given that the situation is de facto deadlocked, and lawyers do not advise either Pique or Shakira to enter lengthy litigation, Gerard’s current decision to end his career as a football player, as a result of which he will receive more free time, may somehow allow the Spaniard solve personal everyday issues and focus on children.

5. Became hostage to the adoption of a new law on sports

Perhaps the most plausible version of why Gerard Pique decided to end his football career so suddenly is the one that is related to legal aspects. The fact is that recently in Spain a new law on sports was adopted, which included an article called in the press “the anti-Piqué clause”. According to the innovations, an active athlete in Spain is prohibited from having commercial relations with the federations of the sports in which he is involved.

It is known that over the past years, Gerard Pique, along with performances in football, built a successful career as an entrepreneur. In particular, in 2015, he helped Barcelona secure a major sponsorship deal with the Japanese online retailer Rakuten. The then president of the Blaugranas, Josep Bartomeu, told the media that Pique personally flew to Japan, where he met with Rakuten president Hiroshi Mikitani, after which he received the boss of the Catalan club and formalized all the papers necessary to start cooperation.

Also in Spain, it’s no secret that Piqué has warm friendly relations with the current president of the Royal Spanish Football Federation (RFEF), Luis Rubiales. In April of this year, El Confidencial published an article claiming that Piqué Kosmos helped RFEF sign a 6-year contract to host the Spanish Super Cup in Saudi Arabia. For this, the organizers will receive 40 million euros for each tournament played, and Kosmos received a one-time reward for its services of 6 million euros, and another 4 million will receive after each draw of the Spanish Super Cup held in Saudi Arabia. 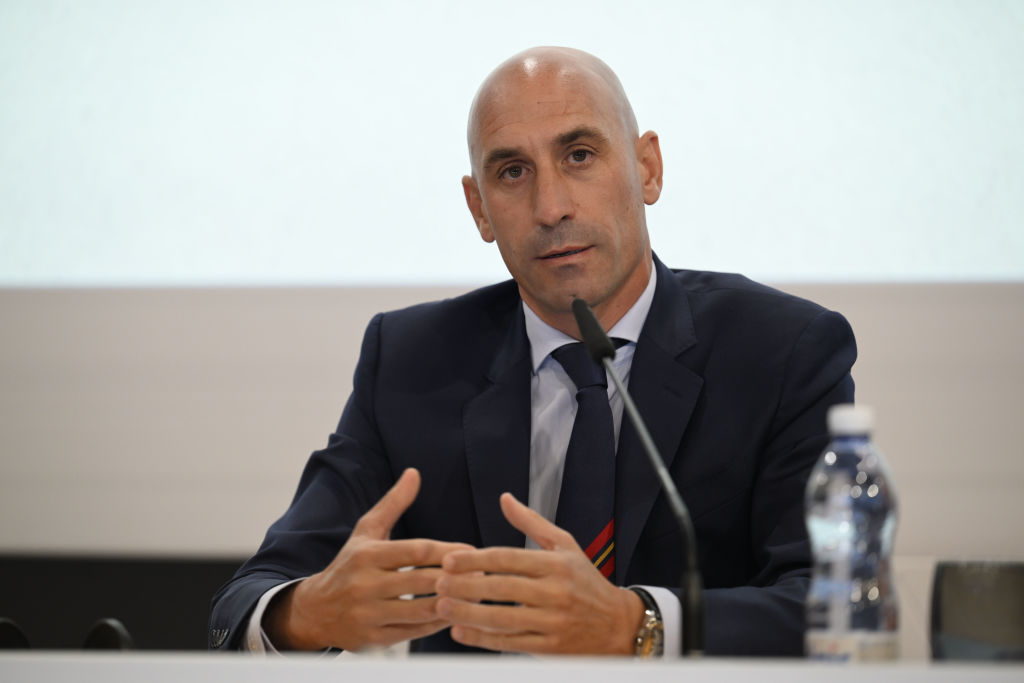 Officially, Rubiales and RFEF tried in every possible way to refute this information, and Pique admitted that his company received only 4 million euros (10% of the amount due to RFEF), but not from the Spanish federation, with which it allegedly has no contracts and business relations, but directly from the government of Saudi Arabia.

“Everything we have done is completely legal. I don’t hide in the shadows because I have nothing to hide. Moreover, I am not hiding, but I am proud of what we have done in Kosmos,” Piqué said.

However, after the adoption of the new law on sports and the direct tightening of requirements, Piqué and his company could no longer declare the full legality of their likely cooperation with Spanish football institutions. If the investigation in the future established that the ex-Barcelona defender really benefited from working with RFEF and continued to play football, then he would be in big trouble. Until something like this happened, Pique probably decided to put all the accents in his career, completing his performances on the football fields and focusing on entrepreneurial activity.

State of Decay 3: extreme interactivity and stunning graphics in the words of Matt Booty

PS Plus Extra was created as a collection of “best games” starting with PS Now, for Yoshida

God of War Ragnarok at the best price: some PS5 players still don’t know about this hidden promotion