Destiny 2: Next Dungeon will be released on December 9th

A new dungeon is coming up in Destiny 2. As with the “Duality” that was released on May 27th, Bungie doesn’t want to let anyone look at their cards again this time. 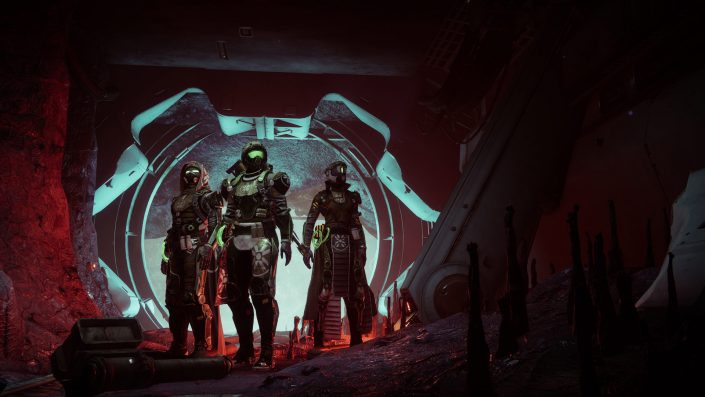 Season 18 is slowly but surely coming to an end in “Destiny 2”. But with the next season 19 there will be a new dungeon again. However, like the last dungeon, Bungie developers want what the guardians are dealing with this time “Duality” Do not tell.

“A new dungeon is on the way, and while we’re keeping the details private so that the day one experience is exciting and new for everyone, we wanted to at least share when you can start preparing for the Season 19 adventure.” it in a new entry of the weekly blog This Week at Bungie. While Season 19 will be released on December 6th, the new dungeon will follow on the first Friday of the new season, December 9th at 6 p.m. German time.

Bungie didn’t want to reveal more about the upcoming dungeon. Now the “Destiny 2” community is coming together to speculate on which enemy race they will probably encounter in the still completely unknown activity. The Vex, which have not yet been given their own dungeon in “Destiny 2”, are currently very popular with players.

Like Duality before it, the dungeon will be available for free to all Deluxe Edition owners of the latest Destiny 2 expansion, Witch Queen. All other players must either upgrade to the Deluxe Edition or purchase the “Dungeon Key” for 2,000 silver, the equivalent of a good 20 euros, in the in-game shop. However, the key then applies to both the “Duality” dungeon from Season 17 and the dungeon that will be released on December 9th.

Will Huawei conquer the world after China? – Aroged