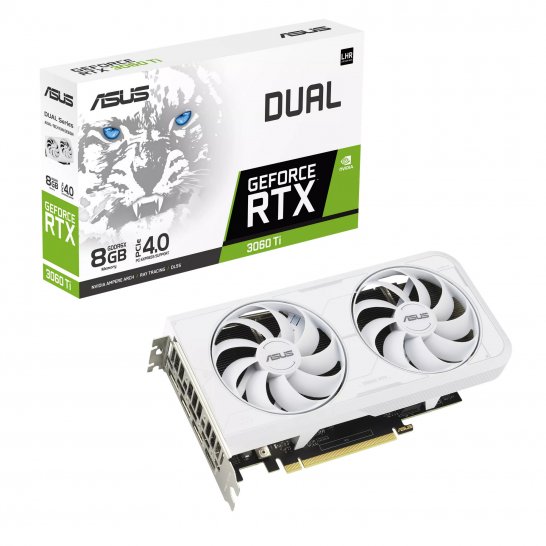 11/06/2022 at 1:15 p.m. by Benjamin Gründken – Although Ampere has been around for two years, Nvidia recently added more in the middle class. The Geforce RTX 3060 Ti with GDDR6X memory and the Geforce RTX 3060 with only 8 GiByte are now also available from Asus as dual-white models.

Geforce RTX 3060 (Ti) as a new edition: Dual-white models from Asus not yet available in stores

Compared to beasts like the Geforce RTX 4090, the graphics cards are rather small, which means that they can also be accommodated in smaller cases. The “Asus Dual Geforce RTX 3060 Ti White (OC) Edition 8 GB GDDR6X” measures 230 x 120 x 42 millimeters and the “Asus Dual Geforce RTX 3060 White (OC) Edition 8GB GDDR6” 200 x 123 x 38 millimeters. The former supplies the power supply with energy via two 8-pin connectors – the latter is sufficient with one of them.

Apex Legends, players request the elimination of an important feature